Tens of thousands of people attend a March for Palestine from Speakers Corner to the Israeli embassy in solidarity with the Palestinian people on Nakba Day on 15th May 2021 in London, United Kingdom. The march, which was organised by Palestine Solidarity Campaign PSC, CND, Friends of Al Aqsa, Muslim Association of Britain, Palestinian Forum in Britain and Stop The War Coalition, took place in protest against Israeli air raids on Gaza, the deployment of Israeli forces to the Al-Aqsa mosque during Ramadan and attempts to forcibly displace Palestinian families from the Sheikh Jarrah neighbourhood of East Jerusalem and speakers called for an end to Israeli support for and arms sales to Israel. 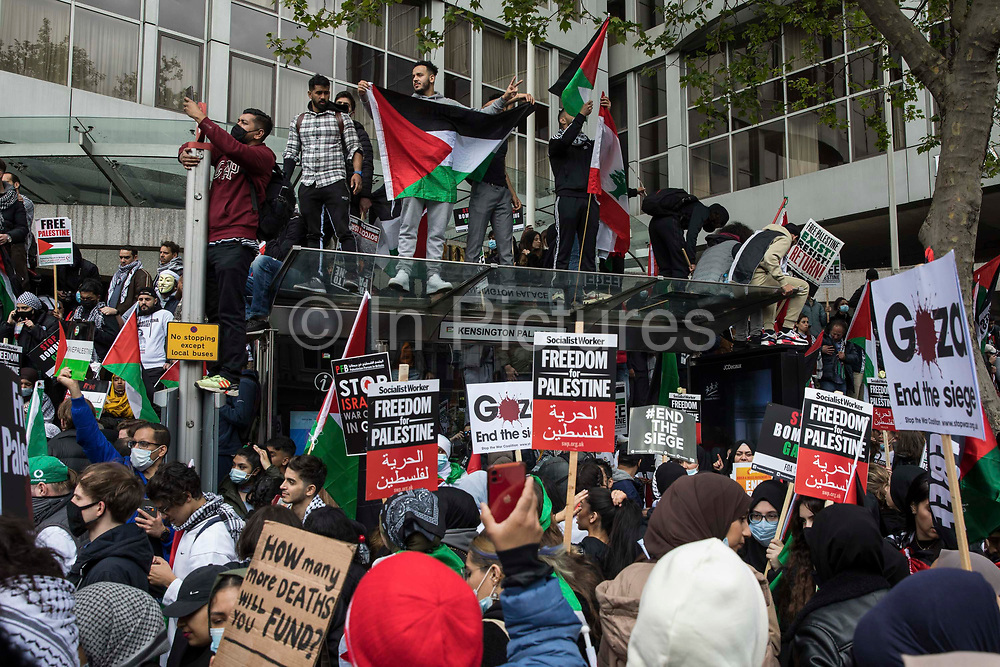