Repetition and visual pun of stripes from zebra crossing and number 11 Routemaster bus. As a visual pun of stripes and straight parallel lines, the eleven and white bars of the zebra crossing can be seen as a coincidence, a street trick. The hybrid NB4L, or the Borismaster, New Routemaster or Boris Bus, is a 21st century replacement of the iconic Routemaster as a bus built specifically for use in London and is said to be 40 per cent more fuel efficient than conventional diesel buses. The brainchild of London's Conservative mayor Boris Johnson, its funding has been controversial amid massive fare increases in transport. 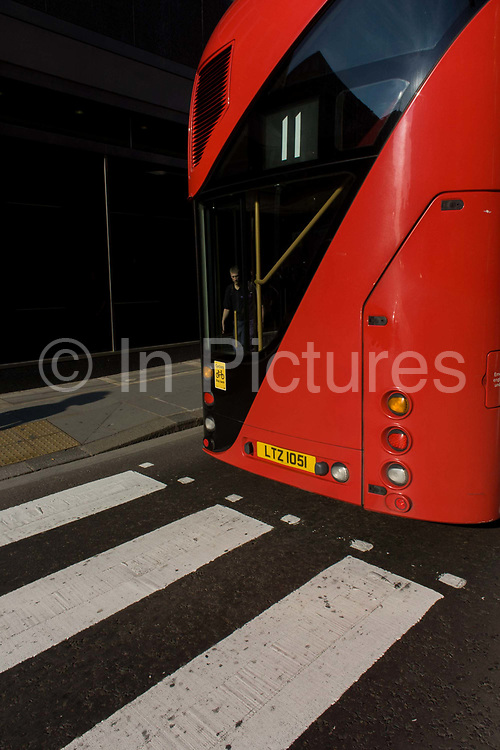