A wall mural of WW2 bombers crossing the sky at the former RAF Hethel air for base in Norfolk, England. Built during 1942 for use by the Americans and was transferred to the USAAF from 14 September 1943 though to 12 June 1945. Hethel served as headquarters for the 2nd Combat Bombardment Wing of the 2nd Bombardment Division. The group flew B-24 Liberators as part of the Eighth Air Force's strategic bombing campaign. Strategic objectives in France, the Low Countries, and Germany included targets such as shipbuilding yards at Vegesack, industrial areas of Berlin, oil facilities at Merseburg, factories at Münster, railroad yards at Sangerhausen, and V-weapon sites in the Pas de Calais. After the war, the buildings reverted to agricultural and industrial use. 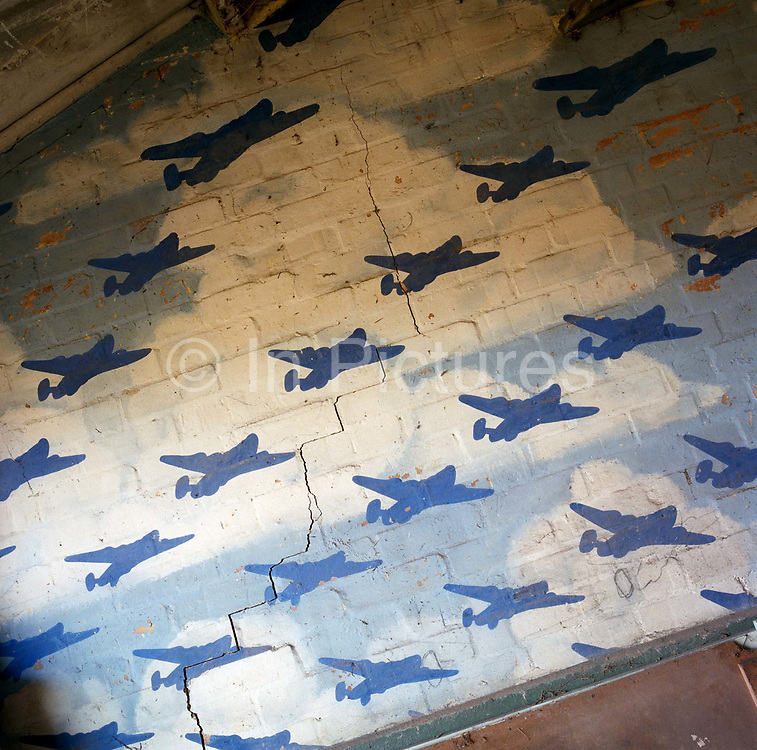