A woman cycles her bicycle past Arts and Crafts period houses in Letchworth, the world's first Garden City designed by Ebenezer Howard to marry the best of urban and rural living.
In 1898 Ebenezer Howard published his book "Tomorrow: A Peaceful Path to Reform" (later "Garden Cities of Tomorrow") founding the Garden Cities Association. His plan was to create a new, planned settlement that combined the best of town and country - the first of which became Letchworth Garden City in 1903, laid out by architects Barry Parker and Raymond Unwin. It was followed in 1920 by a second garden city at Welwyn. The movement inspired Garden Cities in Europe and currently has been revived as a potential solution to Britain's housing crisis 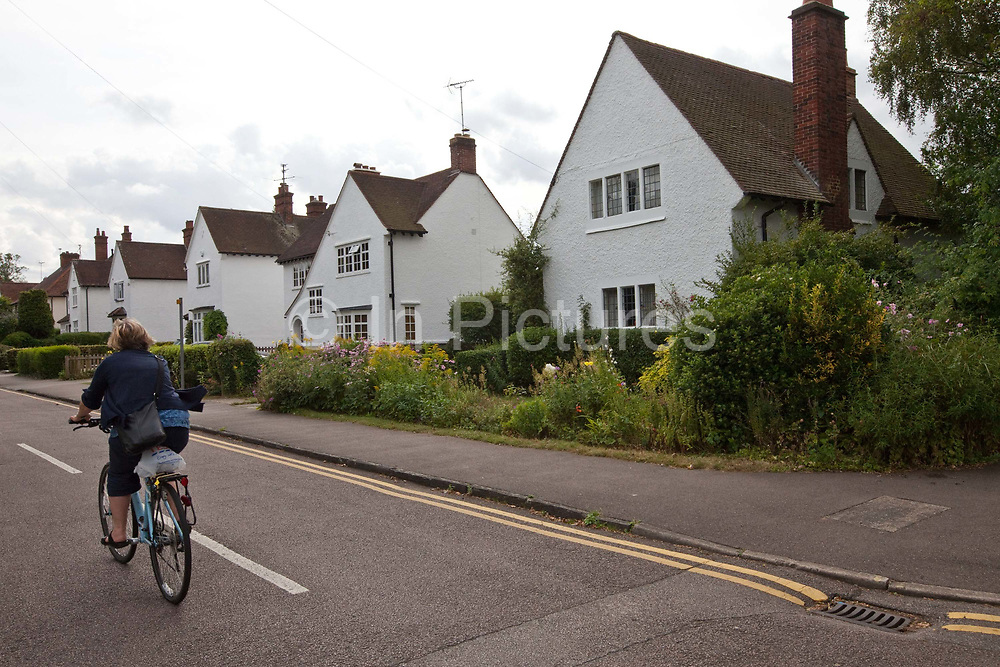