Isabel Snowden, 18, models period costume at the Jane Austen House Museum, Chawton, near Alton, Hampshire, UK
Jane Austen (16 December 1775 ‚Äì 18 July 1817) was an English novelist whose realism, biting social commentary and masterful use of free indirect speech, burlesque and irony have earned her a place as one of the most widely read and best-loved writers in British literature.
Around early 1809, Austen's brother Edward offered his mother and sisters a more settled life‚Äîthe use of a large "cottage" in Chawton village that was part of Edward's nearby estate, Chawton House. The house is now a museum devoted to Austen and her work 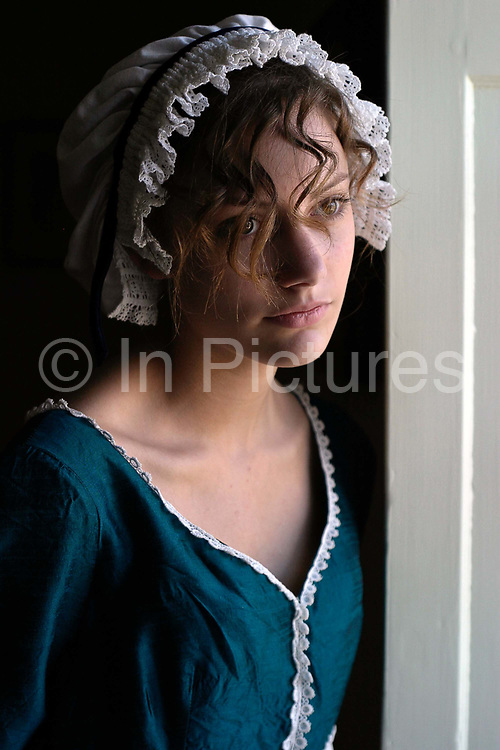