Church gravestones and the ruined monastery walls of Lindisfarne priory on Holy Island, on 27th June 2019, on Lindisfarne Island, Northumberland, England. The monastery of Lindisfarne was founded by Irish monk Saint Aidan, and the priory was founded before the end of 634 and Aidan remained there until his death in 651. The Holy Island of Lindisfarne, also known simply as Holy Island, is an island off the northeast coast of England. Holy Island has a recorded history from the 6th century AD; it was an important centre of Celtic and Anglo-saxon Christianity. After the Viking invasions and the Norman conquest of England, a priory was re-established. 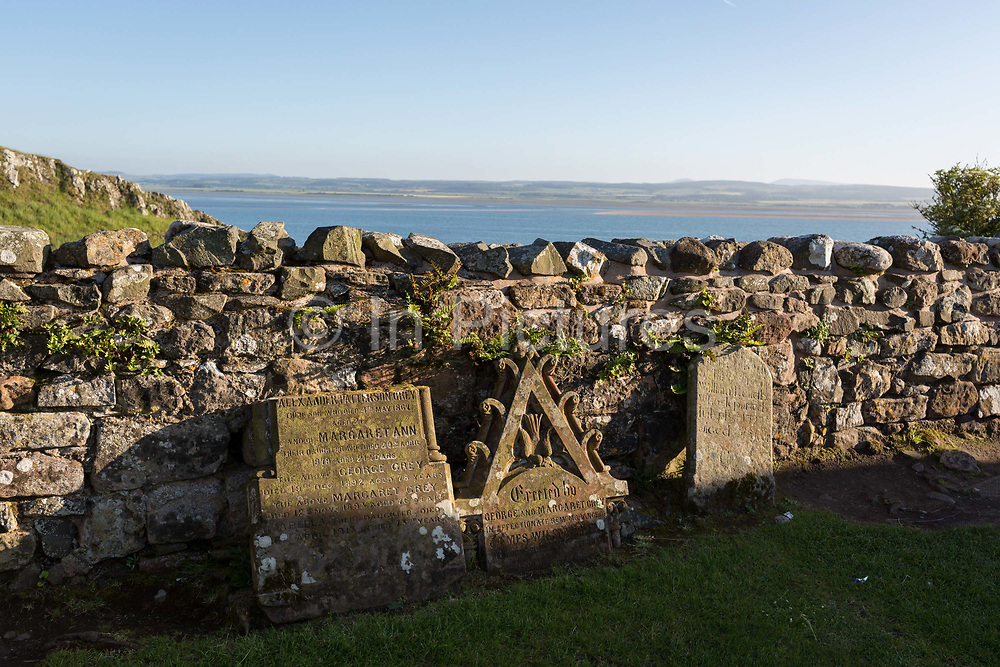