The former Beirut hostage, Terry Waite waves from a car, driven away after landing back at RAF Lyneham, UK. Looking exhausted, with red eyes, a drawn complexion and a grey/white beard, Waite is otherwise delighted to be back on home soil after years of captivity. As an envoy for the Church of England, he travelled to Lebanon to try to secure the release of four hostages including journalist John McCarthy and was himself held captive by Islamic factions for 1,763 days, the first four years of which were spent in total solitary confinement, between 1987 and 1991. 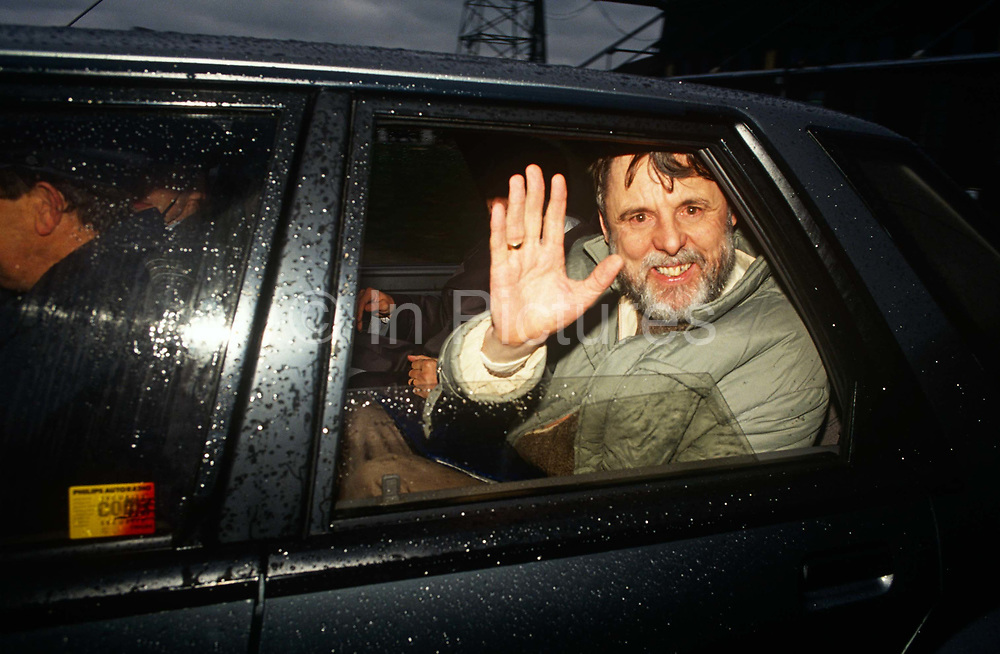