City Officers and officials help proclaim the disolving of parliament on the day that the period of Britain's general election starts. Accompanied by constables in cloaks, the three Esquires: The City Marshall, the Sword Bearer and the Mace Bearer (who is properly called 'the Common Cryer and Sergeant-at-arms'); who run the Lord Mayor's official residence, announces from the steps of Royal Exchange, Cornhill, to the capital's ancient financial district. 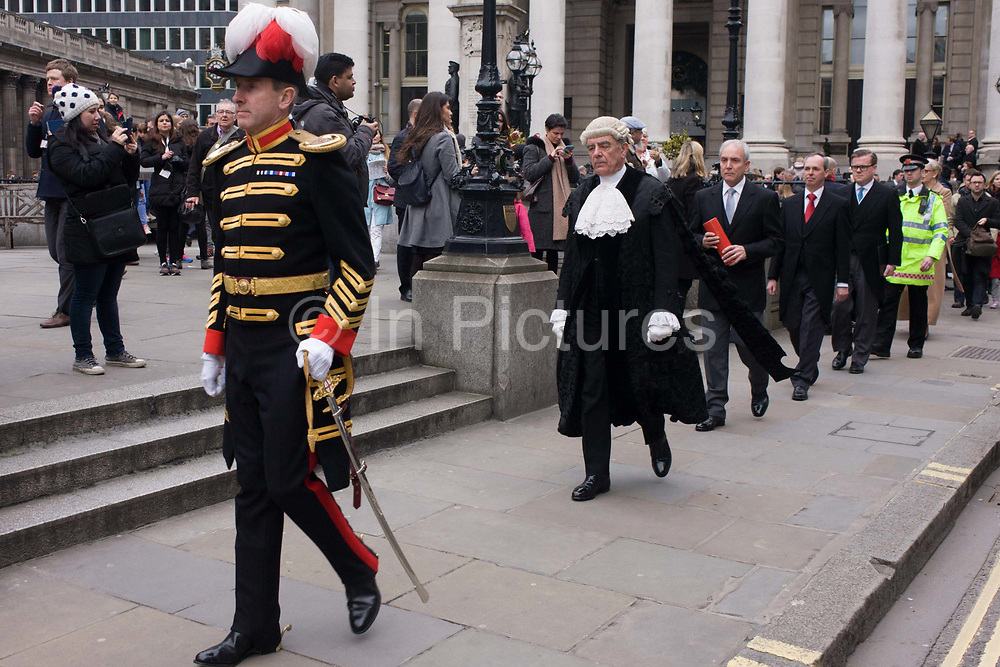