With the main stadium and the Orbit art tower behind, a choir of volunteer Games Makers sing for the entertainment of arriving spectators in the Olympic Park during the London 2012 Olympics. One of their number advertised in an Olympic newsletter for singers to join in resulting in 100 asking to join. Volunteers are called ‘Games Makers’, as they are helping to make the Games happen. Up to 70,000 Games Makers take on a wide variety of roles across the venues: from welcoming visitors; to transporting athletes; to helping out behind the scenes in the Technology team to make sure the results get displayed as quickly and accurately as possible. Games Makers come from a diverse range of communities and backgrounds, from across the UK and abroad. The vast majority are giving up at least 10 days to volunteer during the Games. 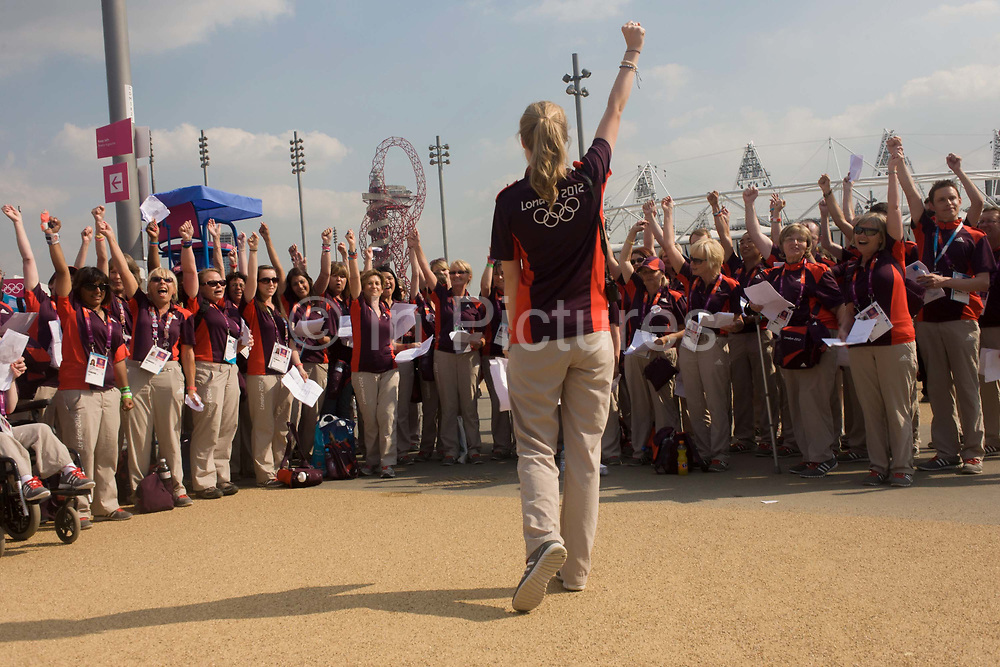