Sixties NASA rocket technology from the Saturn V and Apollo-era is suspecded from the roof of the Kennedy Spce Center, on 10th March 2003, in Cape Kennedy, Florida, USA. An Apollo rocket stage for the Saturn V rocket and a Lunar Module in the Apollo/Saturn V Center which is only accessible to visitors by bus tours from the Visitors Complex. The Space cenbter features exhibits and displays, historic spacecraft and memorabilia. It also encompasses the separate Apollo/Saturn V Center and United States Astronaut Hall of Fame. 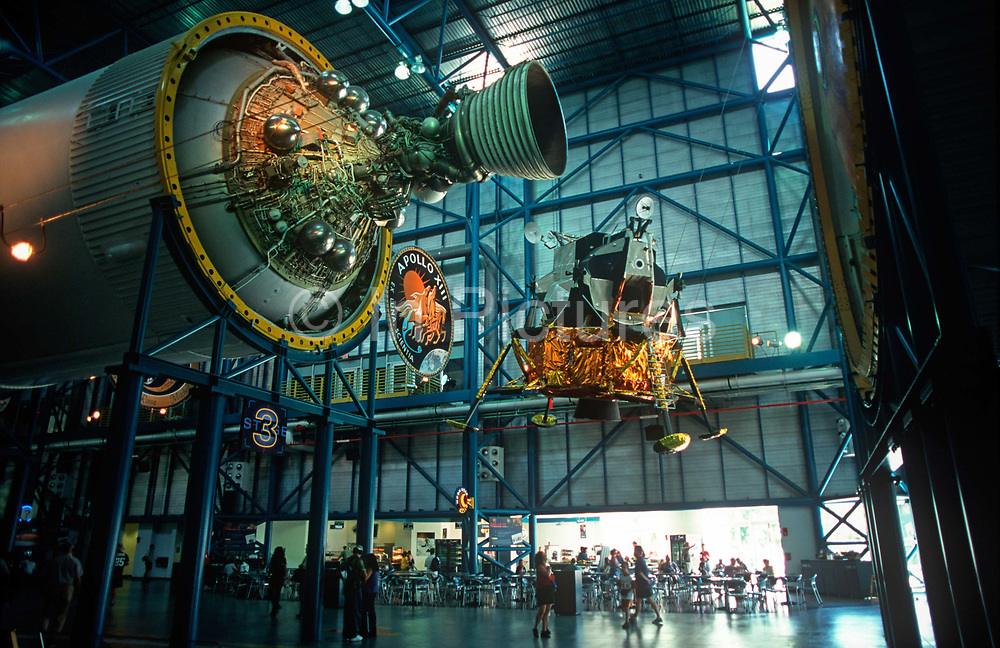