A local passer-by and a property development ad on wall in east London borough of Stratford, Newham, home of 2012 Olympics. The 2012 Olympics has sparked a house price boom in east London but there are fears for this old East End neighbourhood as young professionals and penthouses push up Stratford house prices. Since London won the bid in 2005, talk of east London's Olympic property boom has proved both myth and reality. Even amid the worst recession since the 1930s, it was assumed that at least one corner of the country would be impregnable to house price doom. For some, this is true: parts of Hackney have recorded average rises of up to 56% between July 2005 and May 2011. But for other, less gentrified areas, it has been a different story; in Stratford the increase was 13%. 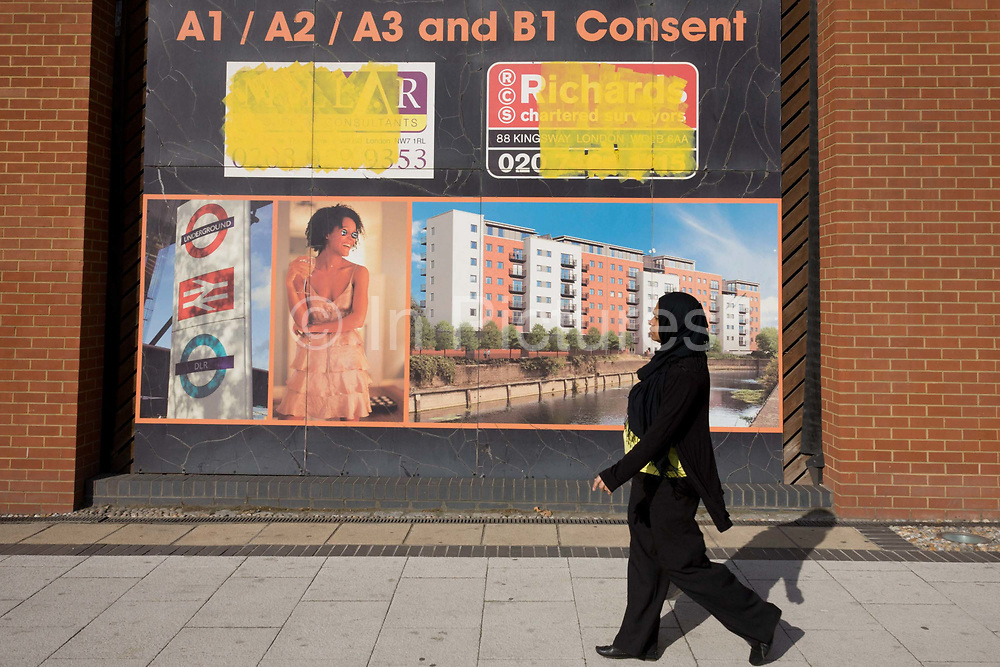