Hieroglyphs on columns at the deserted ancient Egyptian Temple of Hatshepsut near the Valley of the Kings, Luxor, Nile Valley, Egypt. According to the country's Ministry of Tourism, European visitors to Egypt is down by up to 80% in 2016 from the suspension of flights after the downing of the Russian airliner in Oct 2015. Euro-tourism accounts for 27% of the total flow and in total, tourism accounts for 11.3% of Egypt's GDP. The Mortuary Temple of Queen Hatshepsut, the Djeser-Djeseru, is located beneath cliffs at Deir el Bahari ("the Northern Monastery"). The mortuary temple is dedicated to the sun god Amon-Ra and is considered one of the "incomparable monuments of ancient Egypt." The temple was the site of the massacre of 62 people, mostly tourists, by Islamists on 17 November 1997. 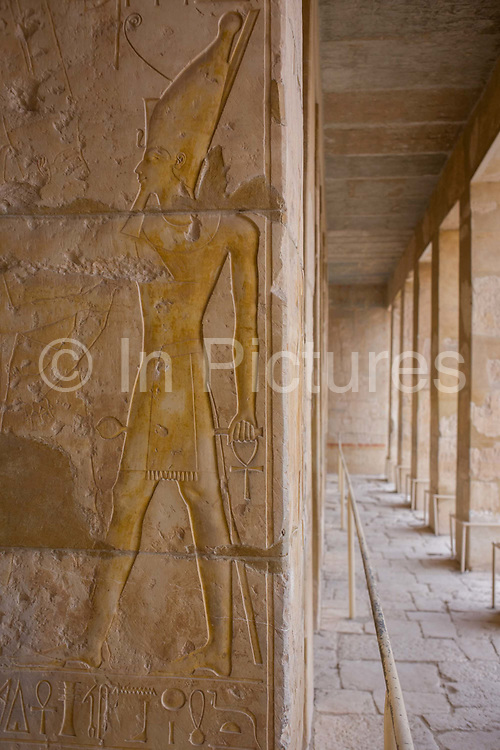