The Sultan Of The Air Region In Niger With Entourage

The Sultan of the Air region in northern Niger, which includes the city of Agadez, surrounded by his entourage. The Sultanate of Agadez, also known as Tenere Sultanate of Air was a Berber kingdom centered in the city of Agadez in the Aïr Mountains, located at the southern edge of the Sahara Desert in north central Niger. It was founded in 1449 by the Tuareg. The kingdom was later conquered by the Songhai Empire in 1500. After the defeat of Songhai in 1591, the sultanate regained its independence. It experienced a steep decline in population and economic activity during the 17th century. The kingdom was later conquered by the French in 1900. . 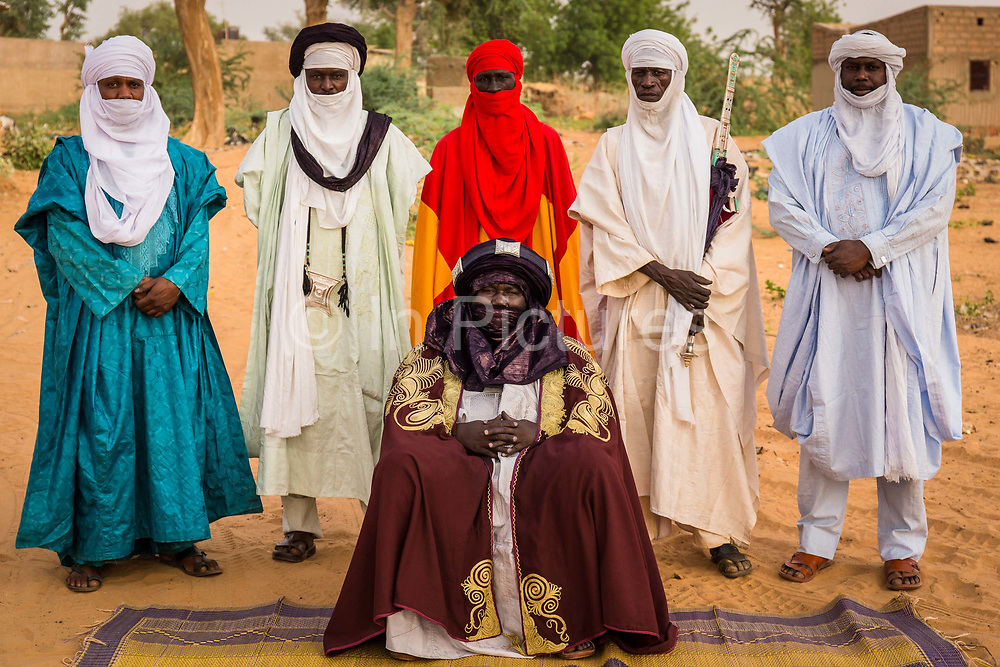