'Mao zhuxi xiangzhang' is the name give to a type of pin badge displaying an image of Mao Zedong that was ubiquitous in China during the early period of the Cultural Revolution from 1966 to 1971. Chairman Mao badges were, together with the “little red book”, one of the most visible and iconic manifestations of the Cult of Mao. It is estimated that several billion Chairman Mao badges were produced during the period of the Cultural Revolution. 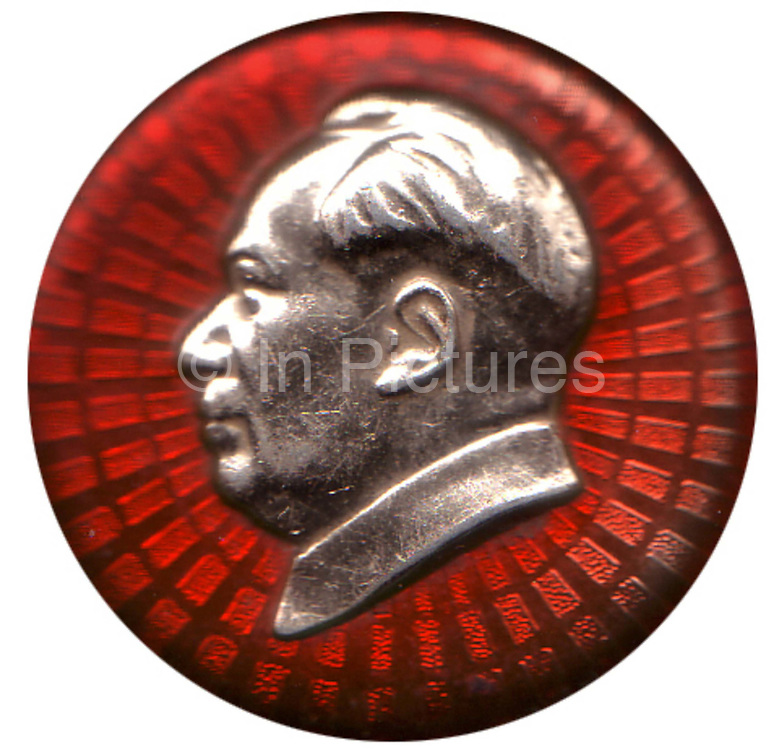