Gathered on the Docklands Light Railway track, a group of police investigators and health and safety experts stand beneath the devastation and wreckage caused by the IRA’s docklands bomb on 10th February 1996. Office windows have been blown out and shattered glass lies everywhere making these workplaces unusable for many months afterwards. We see the men under the tall buildings looking tiny in comparison to the chaotic aftermath of this enormous explosion the day before. The bombing marked the end of a 17-month IRA ceasefire during which Irish, British and American leaders worked for a political solution to the troubles in Northern Ireland. 2 people were killed in the half-tonne lorry bomb blast which caused an estimated £85 million damage. 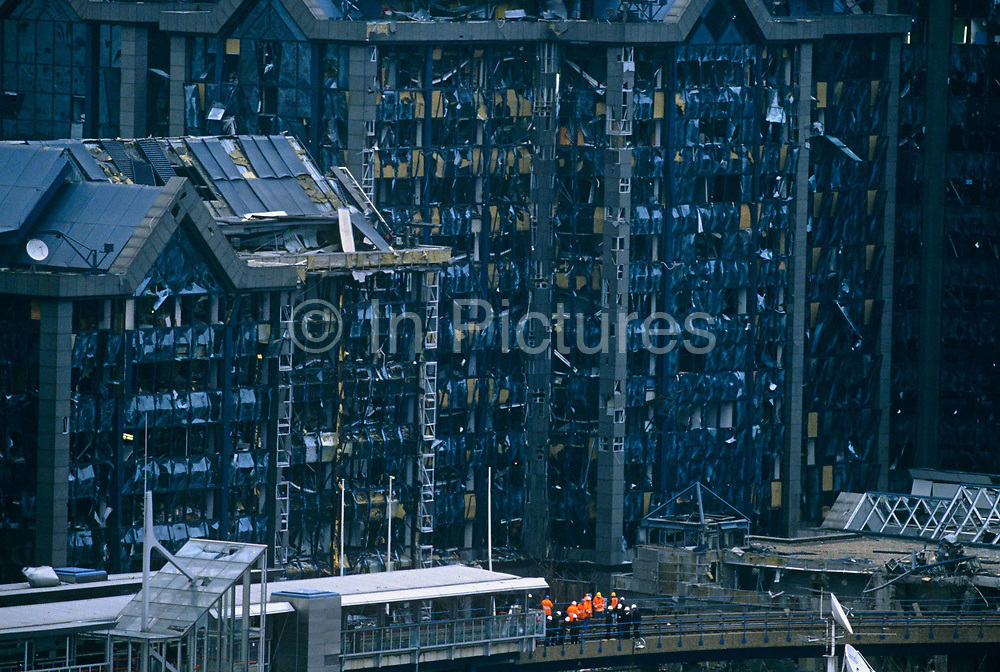