The cargo ship Elbe Highway at anchor near Margate after it was denied docking at Sheerness harbour by Greenpeace September 21st 2017, Thames Estuary, Kent, United Kingdom. Greenpeace volunteers in kayaks, speed boats and climbers on the jetty prevent the 23,498-tonne cargo ship Elbe Highway from docking at Sheerness in Kent. The cargo ship is bringing Volkswagen diesel cars into the UK and the Greenpeace action is to prevent this from happening and to make VW ditch diesel. Two climbers board the ship and hang a banner on the roll-on roll-off part of the ship preventing any cars from being off-loaded. The action is part of a long running Greenpeace campaign to curb diesel emmissions and air pollution brought on by diesel cars. 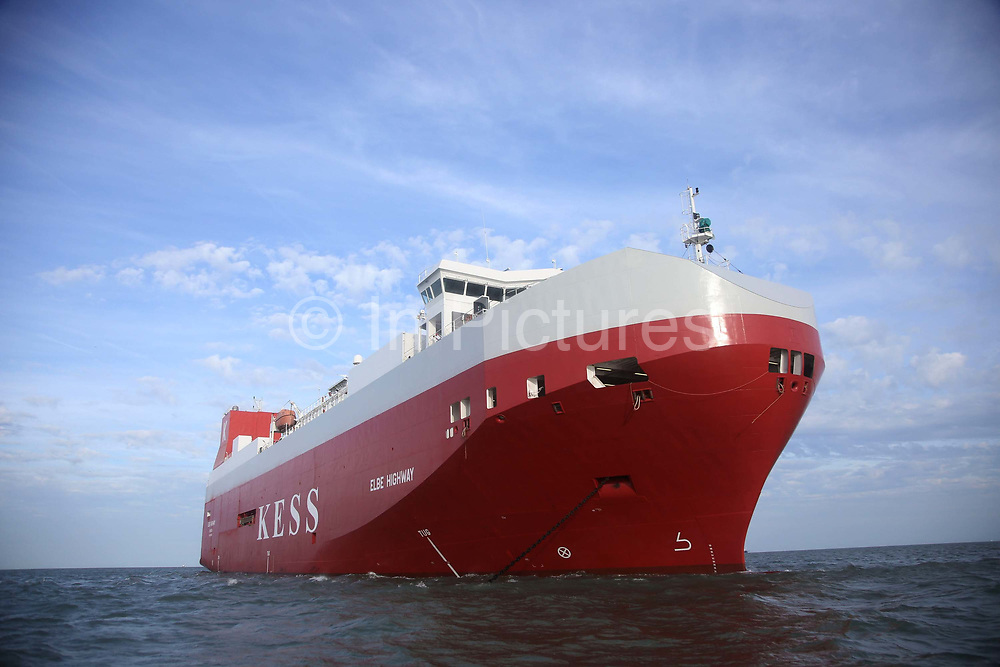