Sightseers use periscopes to watch the parade during the annual Bastille Day celebrations though the Champs-Elysees in the French capital. As the military might of the nation passes-by followed by the French President, Parisians crane their necks to watch the spectacle, unseen to those who merely stand on the ground, some rows behind the main crowd lining the route. So gaining advantage by using these cardboard viewers that use mirrors at each end set parallel to each other at a 45-degree angle. Used by spectators for hundreds of years: Johann Gutenberg, better known for his contribution to printing technology, marketed a kind of periscope in the 1430s to enable pilgrims to see over the heads of the crowd at the religious festival at Aachen 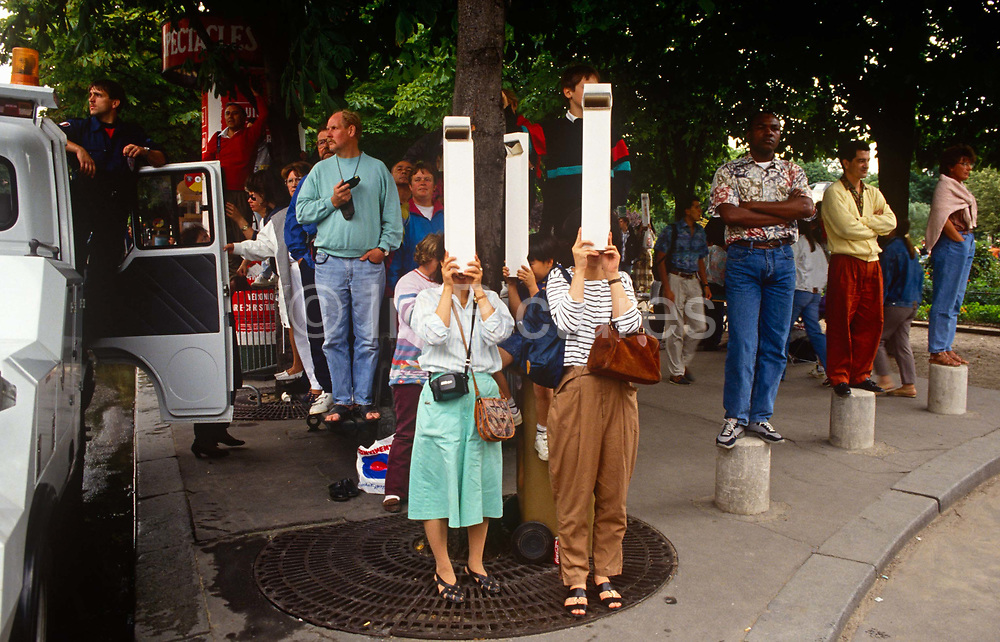