Sudanese President, Omar Hassan Ahmad al-Bashir is seated against a gold leaf backdrop of Islamic texts in a reception room of his palace in central Khartoum. Al-Bashir is head of the National Congress Party and has been in power since October 1993. In 2009 he was indicted for war crimes by the ICC, (International Criminal Court) and represented as a bloodstained dictator by elements of the international media though is seemingly loved and respected for his role in empowering women. Secretary General of the National Council for Children’s Welfare, Amira Elfadil, says “He comes from within us all. He has a military background but he is a simple man, a man of the people, with good Islamic values. He speaks from his heart.” 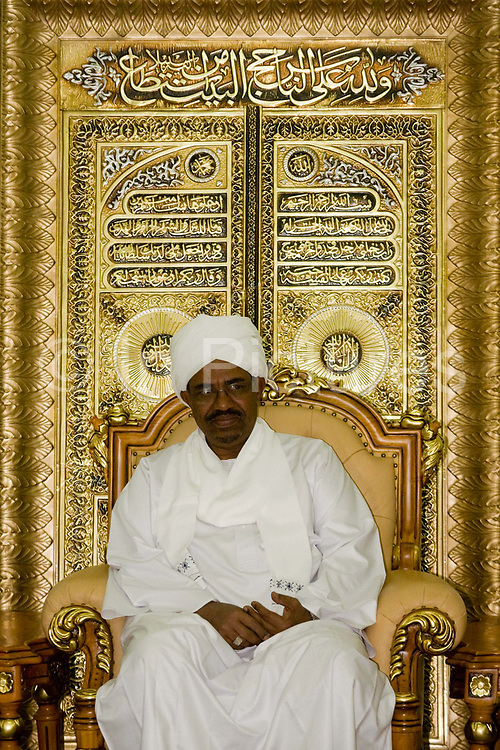