A couple watch Senator John McCain giving a hearfelt speech, conceeding defeat on a live CNN TV screen that is broadcasting live from Phoenix, Arizona the senator's conceeding speech immediately after the TV channel called Obama's victory in the 2008 US presidential elections. A life-sized cut-out of Barack Obama stands to the screen's left and the new President smiles towards the camera but his adversary, John McCain looks across the London pub as if talking to the young couple who sit without expression in this historic political election which saw the election of America's first black Commander in chief. The location is a pub called the Hoop and Toy, in South Kensington, West London which has been opened all night for this special event for the American expatriate community living in this European capital. 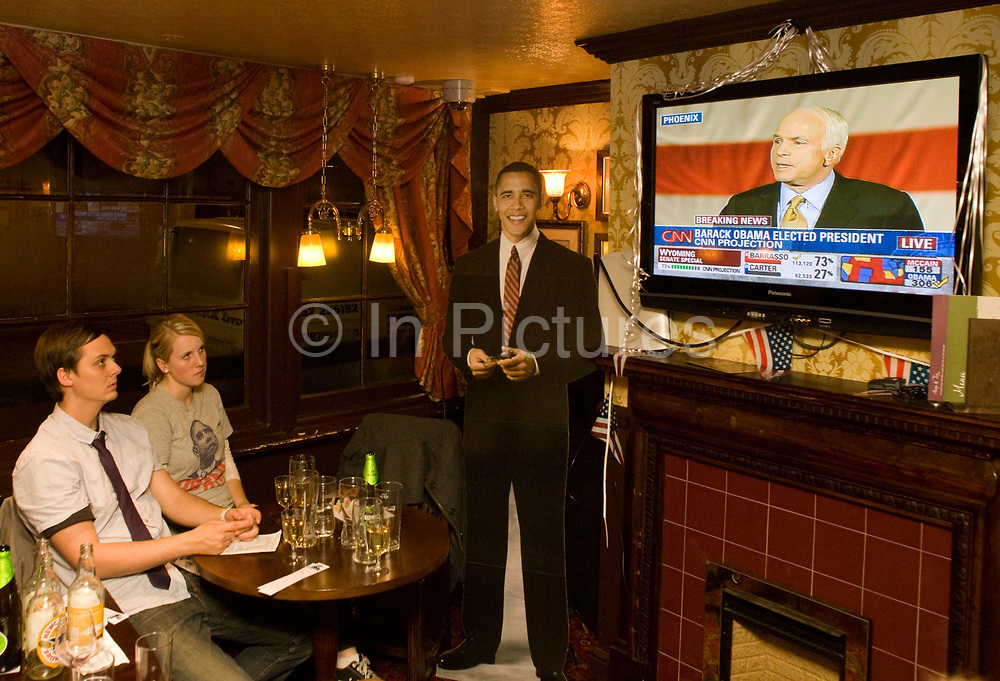