Security patrol in an urban landscape of modern architecture at Broadgate in the City of London. A member of the security team enters a side door of a dark, shadowy corner. The figure wears a hi-visibility as he disappears inside. Broadgate Estate is a large, 32 acre (129,000 m²) office and retail estate in the City of London, owned by British Land and managed by Broadgate Estates. It was originally built by Rosehaugh and was the largest office development in London until the arrival of Canary Wharf in the early 1990s. The City is a major business and financial centre. Throughout the 19th century, the City was perhaps the world's primary business centre, and it continues to be a major meeting point for businesses 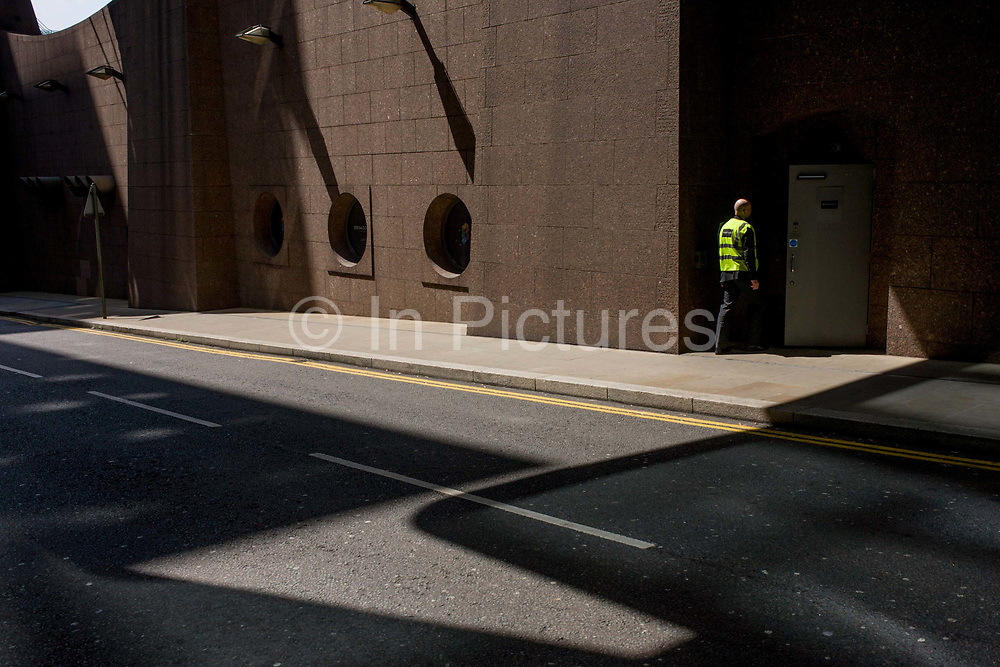