Around 40 activists dressed as animals invaded the PR firm Bell Pottinger My 11th, 2017, in central London, United Kingdom. The activists want to ecxpose the companys ties with thefracking industry as part of a long running campaign against fracking by the activist group Reclaim the Power called Break the Chain. A stencil saying We Said No sprayed on the glass door. The spray is organic and easy to remove.
The activist spend a short while in the lobby with zebras throwing leaves, monkeys spreading animal manure and a squid spraying ‘ink’ on the windows before leaving peacefully.
Bell Pottinger currently represent Centrica which is a major fracking investor in the UK according to the groups press release and the company has in the past helped the fracking company Quadrilla restore their reputation, also according to the press release. 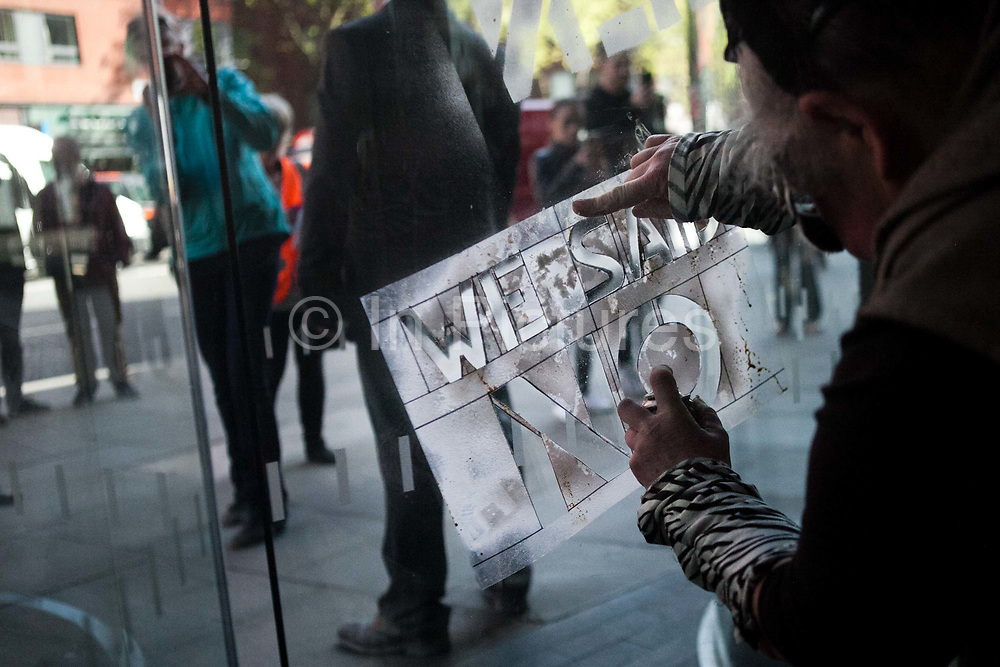