Hostile street architecture designed to prevent homeless people sittind, standing or sleeping in London, England, United Kingdom. Hostile architecture is a controversial urban design trend in which public spaces are constructed or altered to discourage people from using them in a way not intended by the owner. Also known as unpleasant design, defensive architecture, or defensive urban design it is most typically associated with aggression against the homeless in the form of ‘anti-homeless spikes’ studs embedded in flat surfaces to make sleeping rough and impractical. Hostile architecture often targets the citys most vulnerable, both intentionally through anti-loitering and anti-skateboarding measures and unintentionally by making the cityscape hostile to all parts of the public. 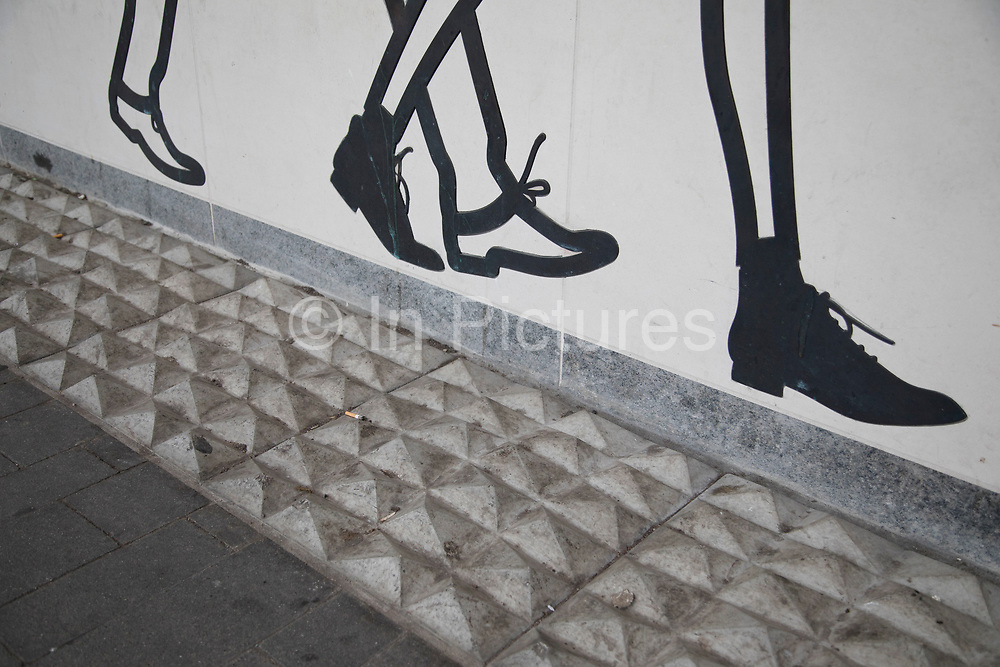