Children play in Marx Engels Platz on an East Berlin shopping precinct roof built during the Communist DDR-era. The youngsters use the sloping architecture to slide down to the ground, and a drain. On the roof’s surface has been left the marks of many dirty shoes and scribbled graffiti. The kids are to grow up as free westerners in the newly reformed Germany, after the falloff the Berlin Wall in November 1989. This picture was taken in a few months after that event when the former DDR had been wiped off the modern-day maps. Marx-Engels-Forum was a public park in the central Mitte district of Berlin. It was named for Karl Marx and Friedrich Engels, authors of The Communist Manifesto of 1848 and regarded as founders of the Communist movement. The park was created by authorities of the former German Democratic Republic (GDR) in 1986 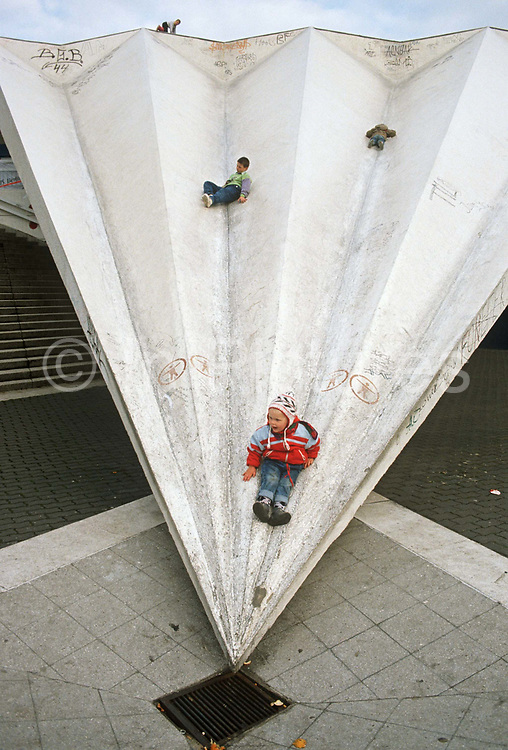