Women view Annie Swynnerton’s oil portrait of the suffragist, Millicent Fawcett, which is displayed at Tate Britain art gallery on 2nd February 2018 in London, England, United Kingdom, to mark the centenary anniversary of of the Representation of the People Act, which gave women over 30 the right to vote. The suffragist, Fawcett was a political and union leader and writer known for her work as a campaigner for women to have the vote. Swynnerton was a pioneering artist, one of the first women to be elected a member of the Royal Academy of Arts and a strong advocate of women’s rights. 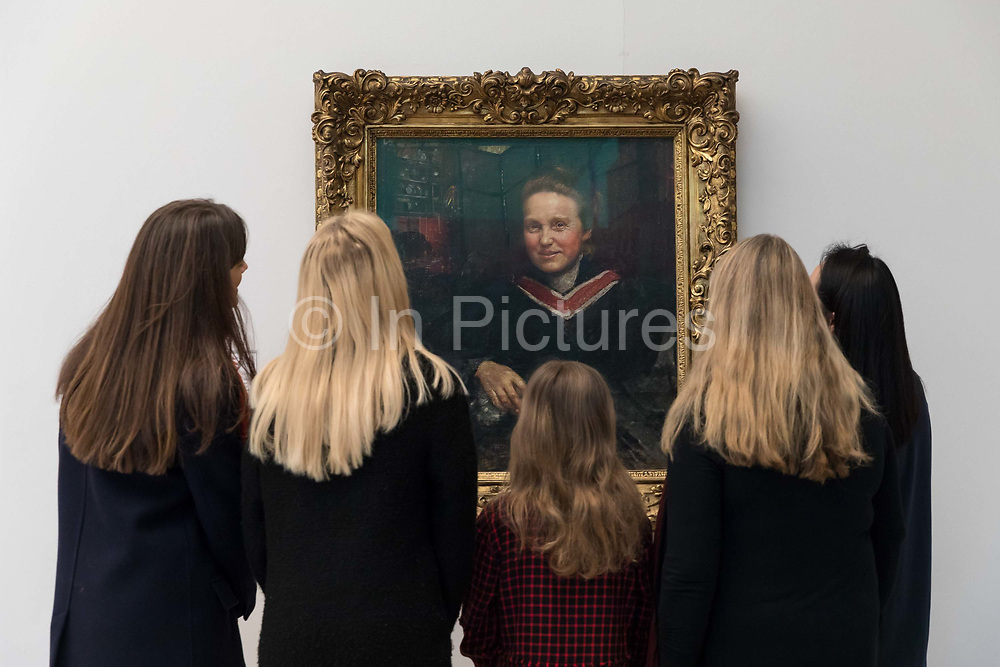