A four year-old girl plays some sort of religious role-play game - perhaps an angel or the Virgin Mary - but what do see is her age of innocence as she wears an NHS blanket like a shawl over her head and draped over her arms like a Christian icon. Next to her is her 18 month-old baby brother who has learned to drink his warm milk from a plastic bottle, recently coming to like both breast and formula milk. Together they look at something that is interesting out of frame. The viewer looks up at the two siblings from a low angle to see them tall against the corniced ceiling of their South London home. From a personal documentary project entitled "Next of Kin" about the photographer's two children's early years spent in parallel universes. Model released. 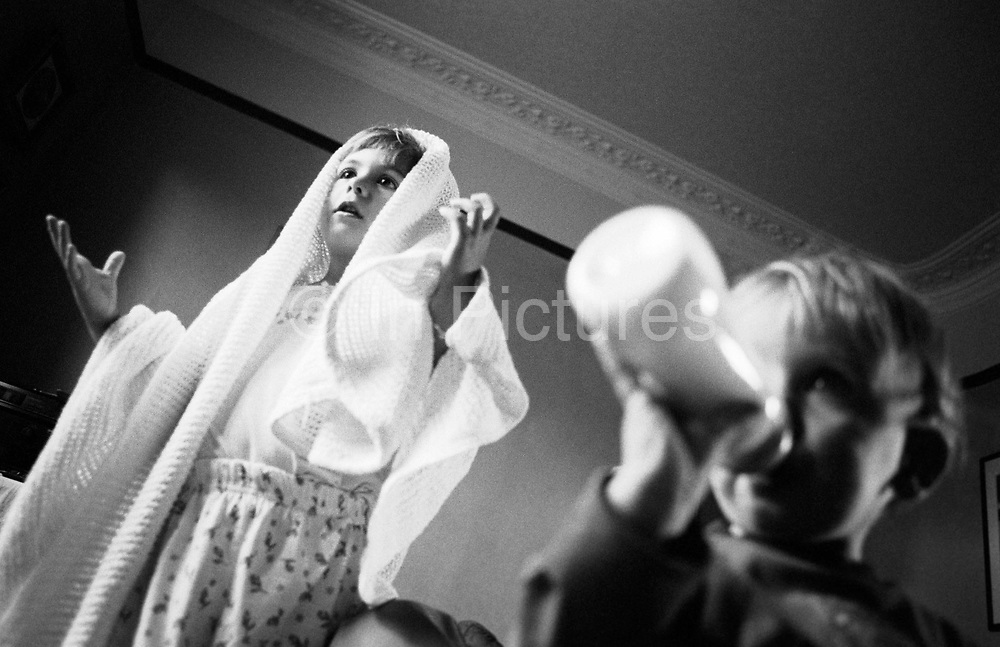