Hayes Galleria is one of London's oldest Wharf buildings. Now developed into a shopping / gathering area for tourists and locals. Built in the 1850's, Hay's Wharf took deliveries from ships from all over the world and the area became known as the 'Larder of London'. The great Hay's Wharf complex has been restored to its former glory and those who visit the Galleria today stand on the same spot where the tea clippers from India and China edged their way into the dock 150 years ago. 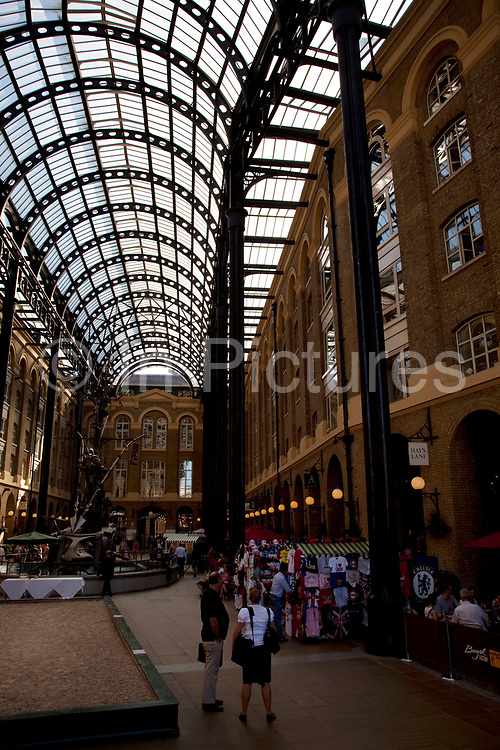