The familly of Murat Balia who was killed ina blood feud with the familly of Amathj Mehmed. His nephew, Myftar Balia, is lying in the bed with the wounds from 8 bullets. He is surrounded by his familly and his son Edward (holding the lamp) aged 17 is bound by the Kanune (code of behavior going back hundreds of years) to defend his family's honour.

The Kanun included an elaborate legal code trying to regulate blood feud (gjakmarrya) – a system of reciprocal ”honour killings”. According to the Code, if a man is deeply affronted, his family has the right to kill the person who has insulted him. However, by doing this, the family will become a target for revenge on the part of the victim’s family. The victim’s closest male relative is obliged to kill the murderer of his family member. The pattern of reprisal killings thus formed has been passed on for generations of families and has been manifested up to the present day in Albania “Blood is never lost”, states the Kanun. 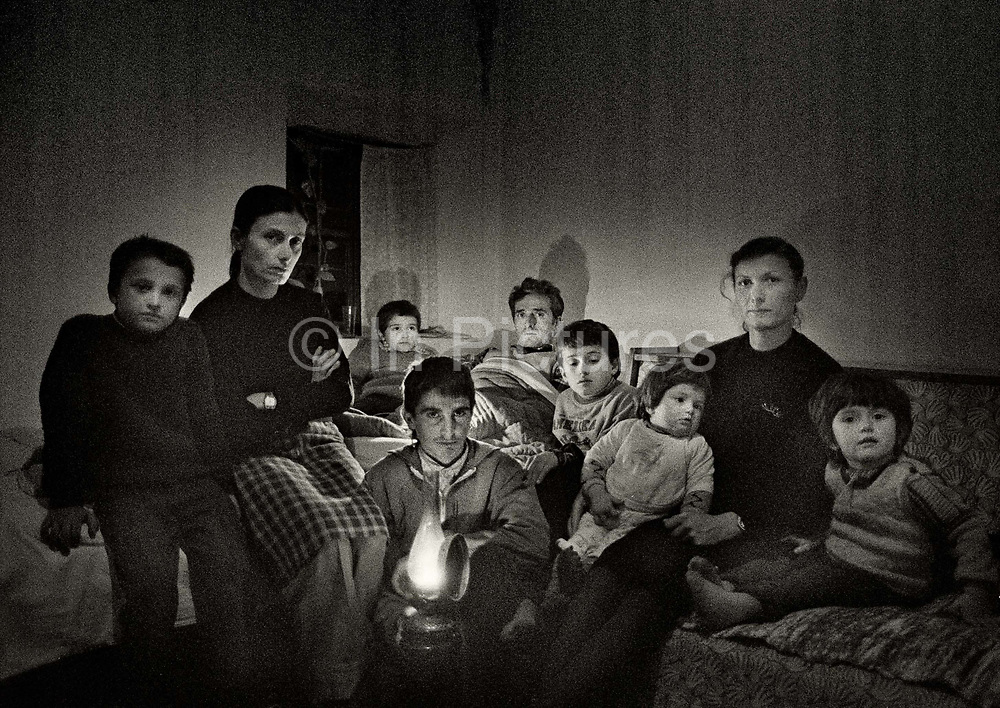