Detail of a MBDA missile system exhibited on a jet fighter at the Farnborough Air Show, England. An air-to-air missile (AAM) is a missile fired from an aircraft for the purpose of destroying another aircraft. AAMs are typically powered by one or more rocket motors, usually solid fuelled but sometimes liquid fuelled. Ramjet engines, as used on the MBDA Meteor are emerging as propulsion that will enable future medium-range missiles to maintain higher average speed across their engagement envelope. MBDA is a missile developer and manufacturer with operations in France, Germany, Italy, Spain, the United Kingdom and the United States. 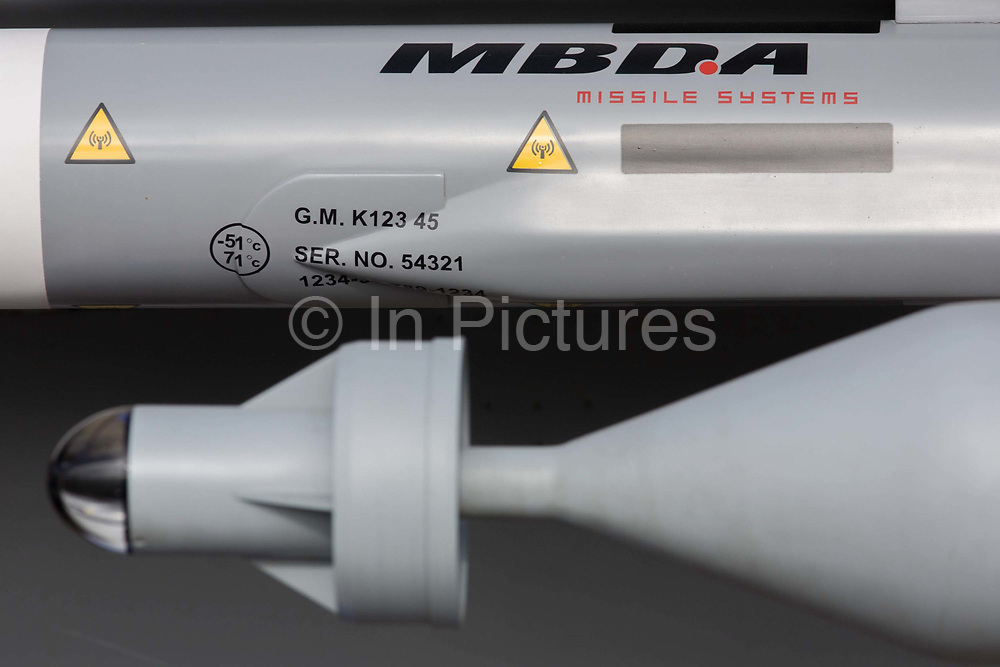