A man dressed as an undertaker pulls a coffin representing care home residents who have died during the Covid-19 pandemic on the United Against The Tories national demonstration organised by the Peoples Assembly Against Austerity in protest against the policies of Prime Minister Boris Johnsons Conservative government on 26th June 2021 in London, United Kingdom. The demonstration contained blocs from organisations and groups including Palestine Solidarity Campaign, Stand Up To Racism, Stop The War Coalition, Extinction Rebellion, Kill The Bill and Black Lives Matter as well as from trade unions Unite and the CWU. 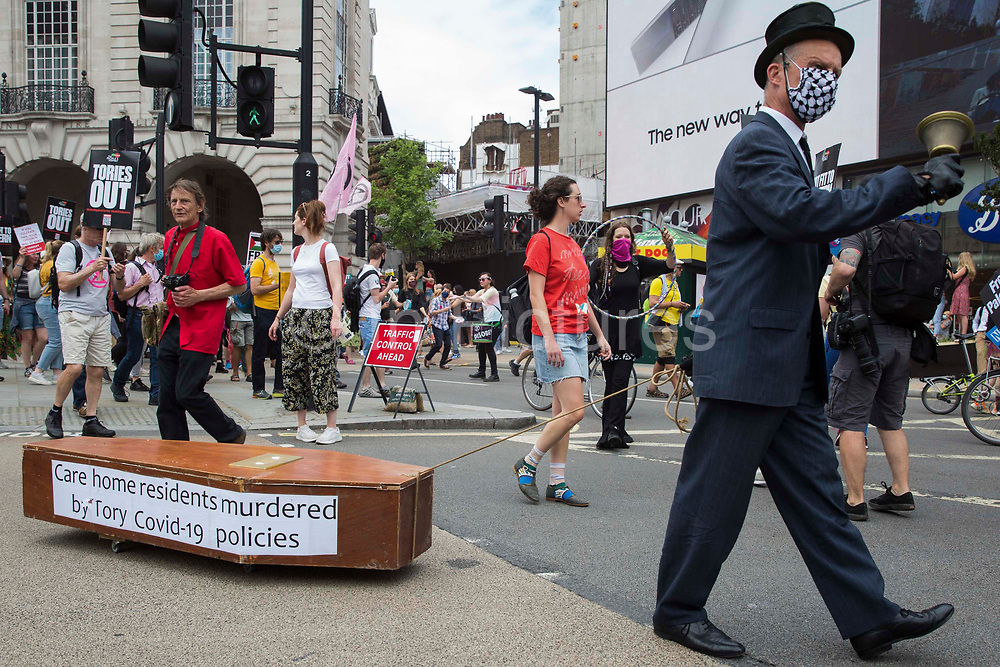