Young Tories dance the can-can and party during late-night revelry at the 1991 Conservative party conference. Members of the British Conservative Party (known as Tories) dance the Can-Can with legs kicking high in the air. During the political party's annual conference (convention) this is year in the seaside town of Blackpool, young members liven up after a long day of policy and debate. The cancan first appeared in the working-class ballrooms of Montparnasse in Paris in around 1830. It was a more lively version of the galop, a dance in quick 2/4 time, which often featured as the final figure in the quadrille. The cancan was, therefore, originally a dance for couples, who indulged in high kicks and other gestures with arms and legs. It is thought that they were influenced by the antics of a popular entertainer of the 1820s 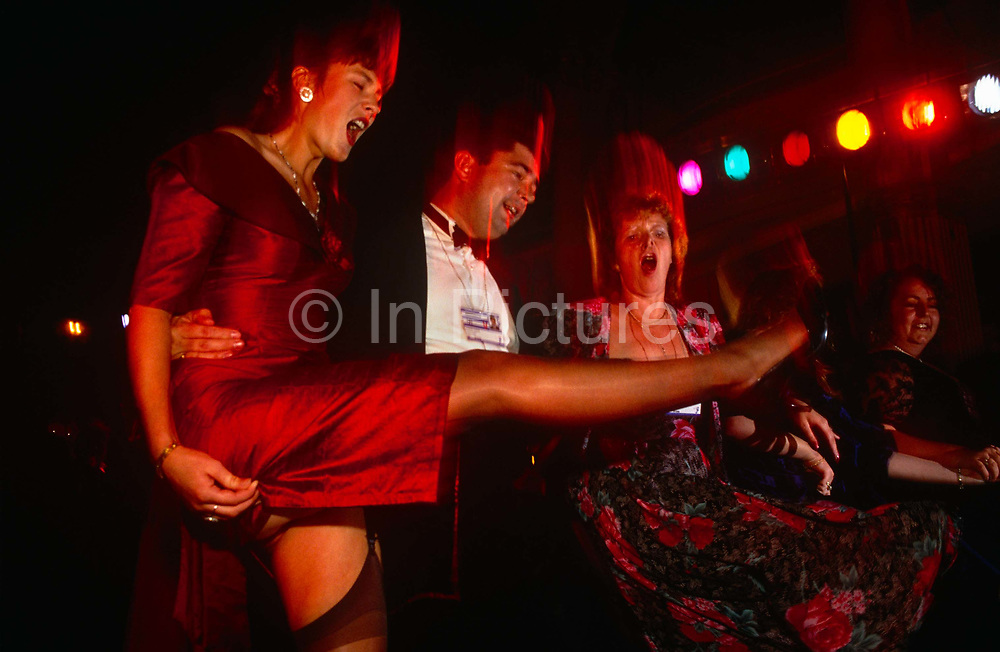