A Muslim community Imam prays at the bedside of a patient who is staying on the Phyllis Friend surgical ward, Royal London Hospital, Whitechapel, London. They both hold out their hands in prayer and the patient puts them to his face. It is daylight behind the bed but the two men are lit by artificial light from a bulb. The Royal London is one of London's oldest, having been founded in 1740 and is a major teaching hospital in Whitechapel, East London. It is part of the Barts and the London NHS Trust, alongside St Bartholomew's Hospital ("Barts"), which is a couple of miles away. Because of the cultural profile of East London, patients tend to be from many faiths, speaking many languages. 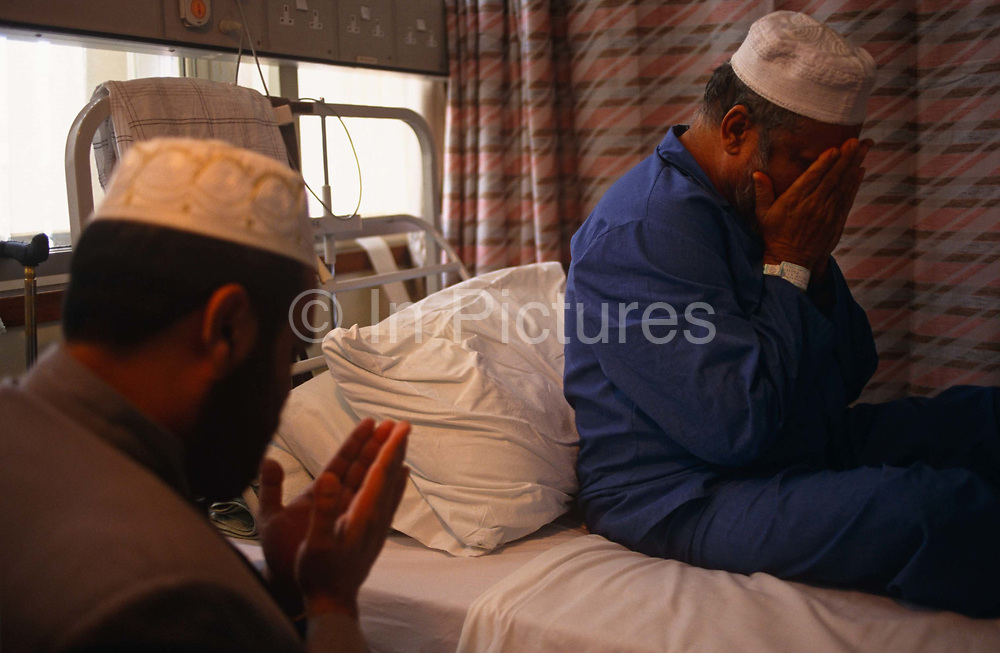