Liu Yu Peng,16 (left) with friends, is in high-school (equivalent of lower sixth) and is preparing for her mid-semester exam (the Chinese equivalent of A levels) She hopes to get the grades to go to the China Communication University - the most prestigious place in China to study media. Her father is a driving instructor and her mother, a clothes shop manager and she lives with them both in Beijing. Yu Peng says that many of her friends suffer from depression because of the pressures put on them. ..Its over thirty years (1978) since the Mao's Chinese government brought in the One Child Policy in a bid to control the world's biggest, growing population. It has been successful, in controlling growth, but has led to other problems. E.G. a gender in-balance with a projected 30 million to many boys babies; Labour shortages and a lack of care for the elderly. 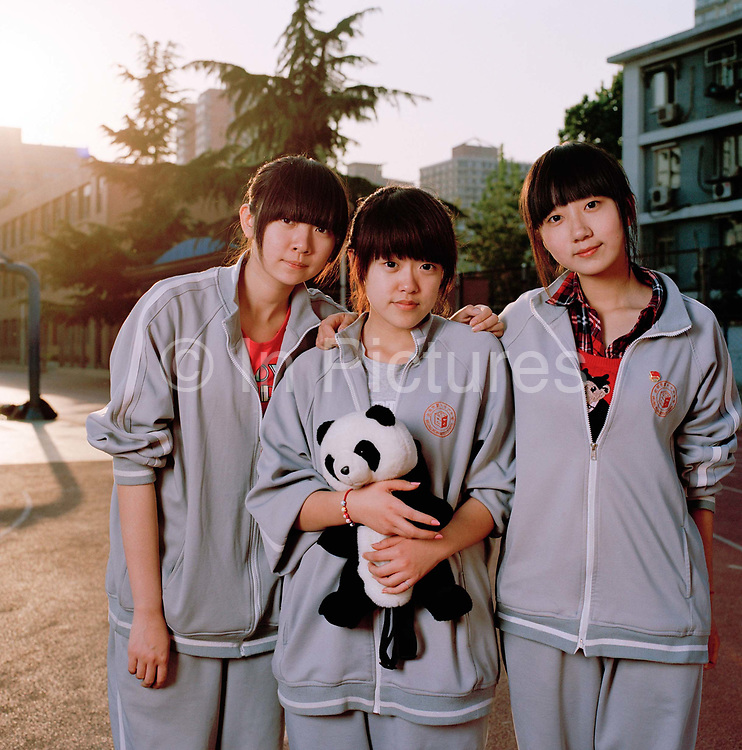