A Chinese tourist photographs his girlfriend. Tourists and visitors climbing up the marble stept towards the Acropolis of Athens. The main buildings on the Acropolis were built by Pericles in the fifth century BC as a monument to the cultural and political achievements of the inhabitants of Athens. The term acropolis means upper city and many of the city states of ancient Greece are built around an acropolis where the inhabitants can go as a place of refuge in times of invasion. It's for this reason that the most sacred buildings are usually on the acropolis. It's the safest most secure place in town. As little as 150 years ago there were still dwellings on the Acropolis of Athens. Athens is the capital and largest city of Greece. It dominates the Attica periphery and is one of the world's oldest cities, as its recorded history spans around 3,400 years. Classical Athens was a powerful city-state. A centre for the arts, learning and philosophy. 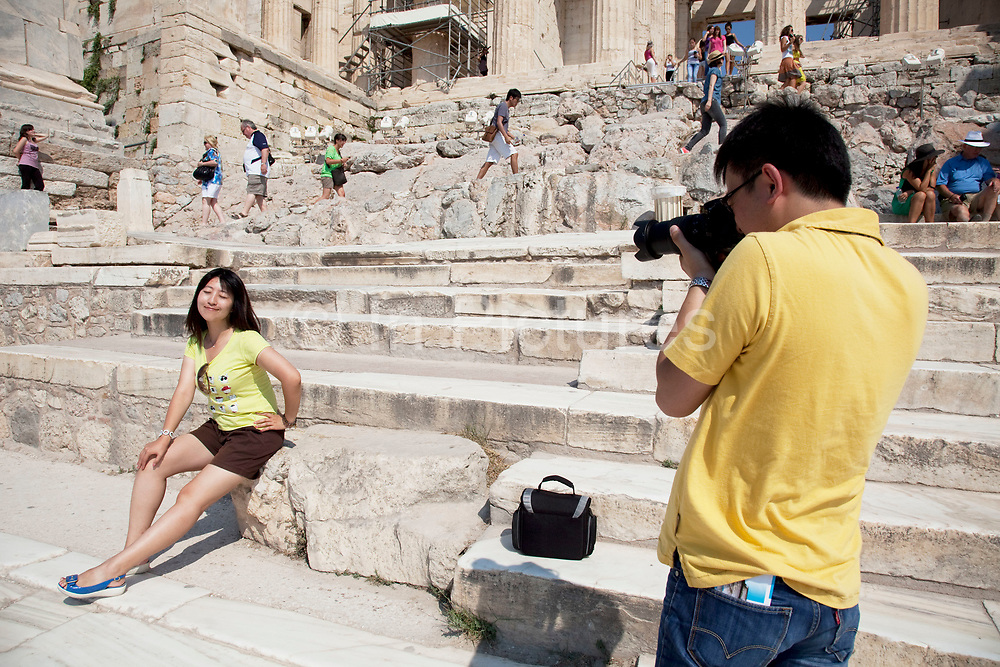