Leader of the Labour party, Neil Kinnock makes his infamous speech during the Labour Party election rally on 1st April 1992 in Sheffield, England. In the 1992 election, Labour made considerable progress – reducing the Conservative majority to just 21 seats. It came as a shock to many when the Conservatives won a majority, but the triumphalism perceived by some observers of a Labour party rally in Sheffield together with Kinnocks performance on the podium may have helped put floating voters off. 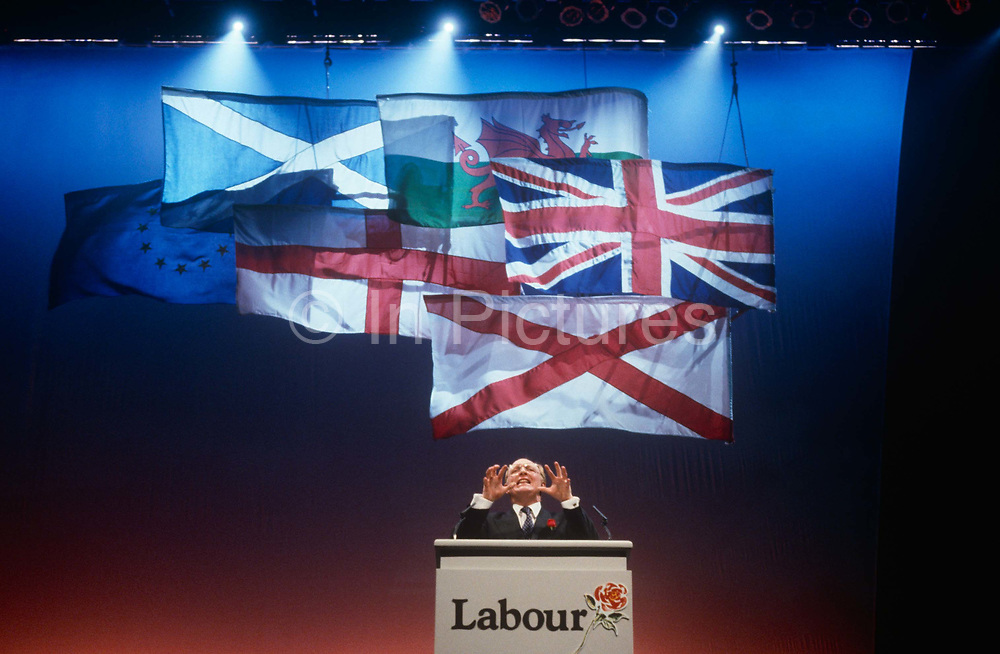