A detail of a fist adorned with gold rings, a bracelet and bling of a gangster family security man during the East End funeral to notorious criminal twin Ronnie Kray. The anonymous man is only seen from is lowered hand and the man who wears a black leather coat. He stands guard before the Kray coffin appears from the Bethnal Green undertakers. Ronald, commonly referred to as Ron or Ronnie suffered from paranoid schizophrenia while he and his twin brother Reggie were involved in armed robberies, arson, protection rackets and violent assaults including torture during the 1950s and 60s. They terrorised their organised crime competitors but were loved by the communities of East London. The Kray gangster twins were eventually jailed separately in 1969 and Ronnie remained in Broadmoor (psychiatric) Hospital until his death on 17 March 1995. 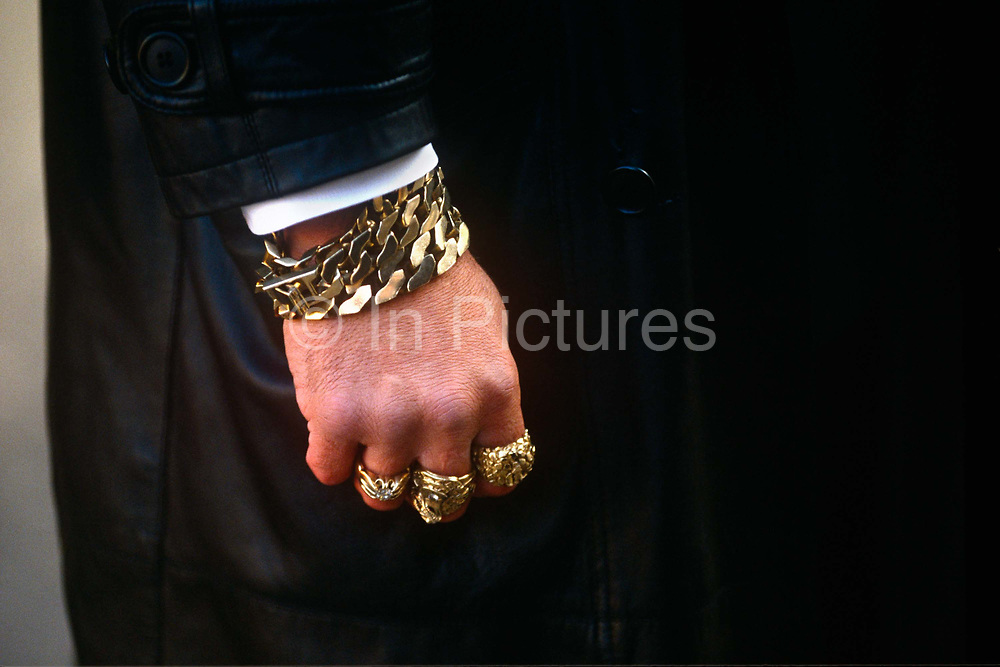