The graffiti left on walls inside the Reichstag building by Soviet soldiers after their battles in the German capital at the end of the second world war. The building, having never been fully repaired since the fire, was damaged by air raids. During the Battle of Berlin in 1945, it became one of the central targets for the Red Army to capture due to its perceived symbolic significance. Today, visitors to the building can still see Soviet graffiti on smoky walls inside as well as on part of the roof, which was preserved during the reconstructions after reunification. 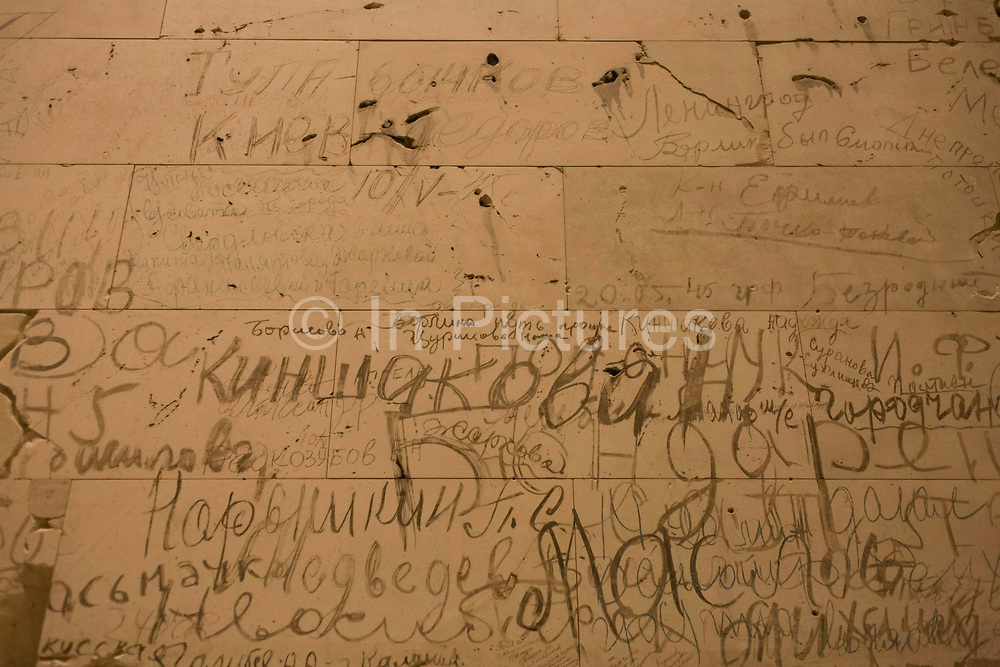