Displayed on a table at the Brandenburg Gate in Berlin, a year after the fall of the Berlin Wall, peaked caps of the former East German (DDR in German) border police are on sale in orderly rows for the sake of tourists to this German city. The border troops of the German Democratic Republic (Grenztruppen), were a military force of the GDR and the primary force guarding the Berlin Wall and the border between East and West Germany. The Border Troops numbered at their peak approximately 47,000 troops and other than the Soviet Union, no other Warsaw Pact country had such a large border guard force. In all, 1,065 persons were killed along the GDR's frontiers and coastline, often by the border guards. The East Germany state existed from 7 October 1949 until 3 October 1990 and was a potent symbol of a divided Europe during the Cold War. 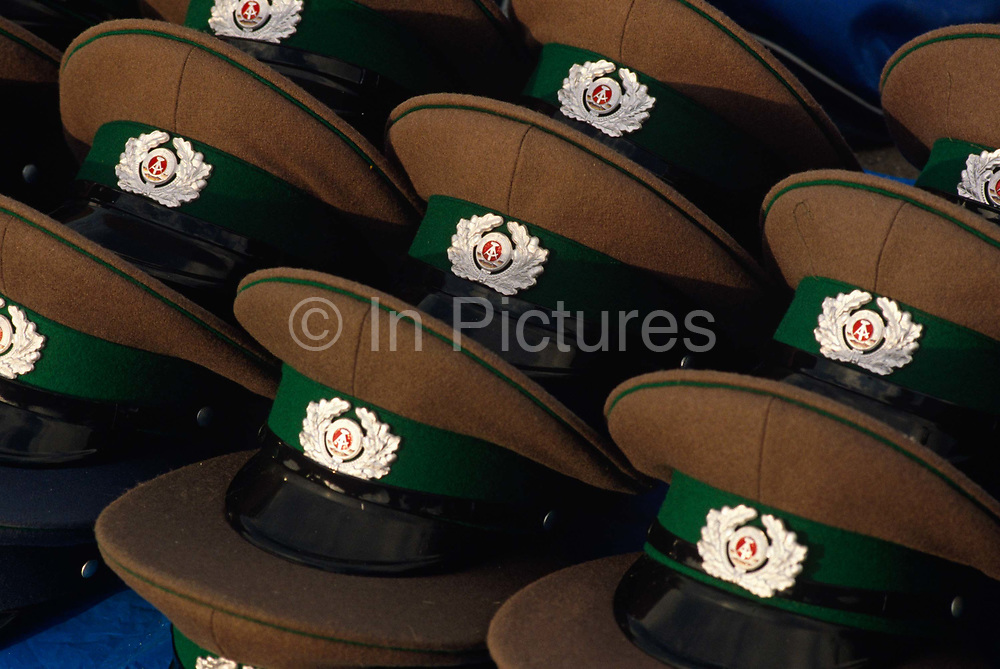