Mosaic representations of Roman celestial bodies in the House of the Planetarium at Italica, Near Seville. With the sun in the centre, we see Jupiter in the foreground and the Moon, Mars (with a helmet), Mercury and Saturn. The city of Italica (Spanish: Itálica; north of modern day Santiponce, 9 km NW of Seville, Spain) was founded in 206 BC by the Roman general Publius Cornelius Scipio Africanus in order to settle Roman soldiers wounded in the Battle of Ilipa, where the Carthaginian army was defeated during the Second Punic War. The name Italica bound the colonia to their Italian origins. Italica was the birthplace of Roman emperor Trajan. 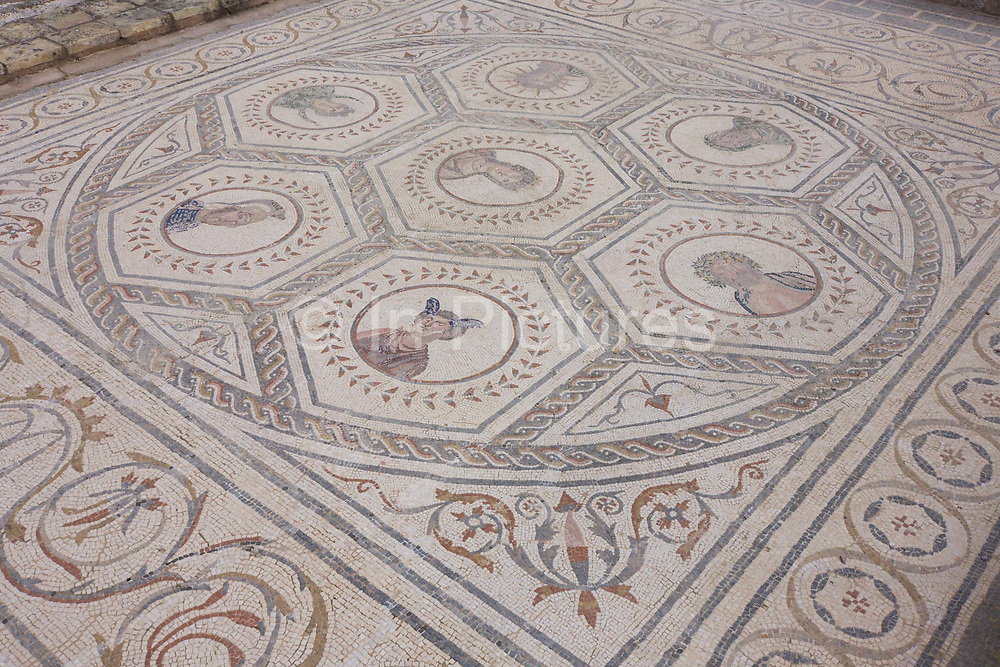