First World War memorial soldier beneath the Bank of England (L) and the columns of Royal Exchange. The tall and solid Corinthian pillars of the 3rd Royal Exchange built in 1842 by Sir William Tite. Looking upwards towards a memorial that commemorates the dead from the First World War of 1914-18 between the converging pillars of the Cornhill Exchange building and beyond, to the famous Bank of England in the City Of London, the financial district, otherwise known as the Square Mile. The Bank of England (formally the Governor and Company of the Bank of England) is the central bank of the United Kingdom and the model on which most modern central banks have been based. It is wholly owned by the Treasury Solicitor on behalf of the Government, with independence in setting monetary policy. 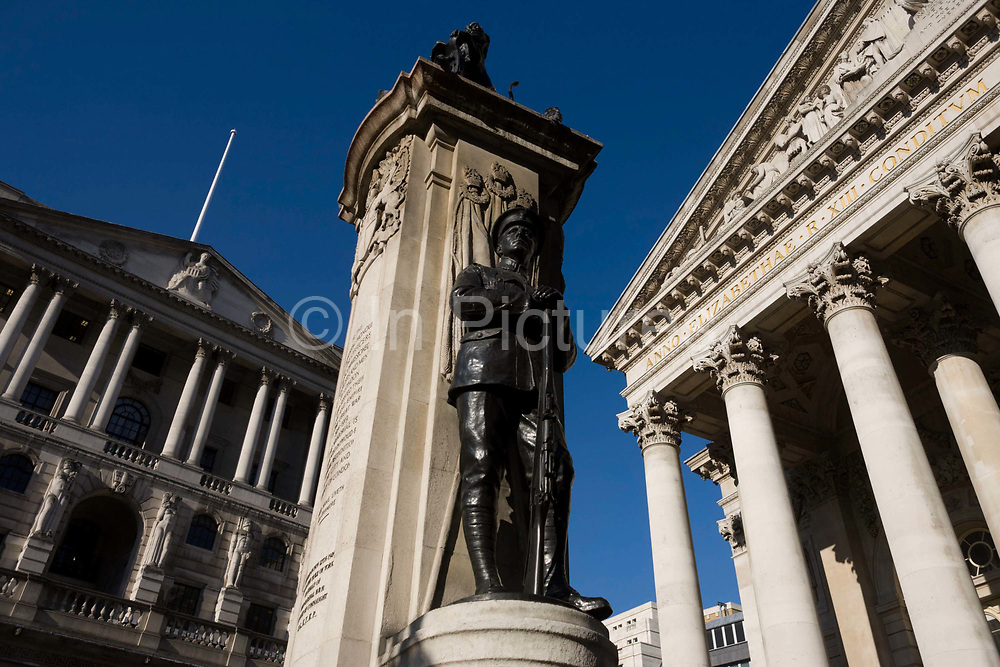