A walker admires the view across the escarpment of Tennyson Downs on the Isle-of-Wight. Looking over his shoulder into the distance, the walker is alone on his solo pursuit along some of Britain's most beautiful coastlines, here on the south coast. The rolling downland stretches westwards - its white chalk cliffs famous for symbolising England's southern limits. Tennyson Down is a hill at the west end of the Isle of Wight just south of Totland. Tennyson Down is a grassy, whale-backed ridge of chalk which rises to 482 ft/147m above sea level. Tennyson Down is named after the poet Lord Tennyson who lived at nearby Farringford House for nearly 40 years. The poet used to walk on the down almost every day, saying that the air was worth 'sixpence a pint'. 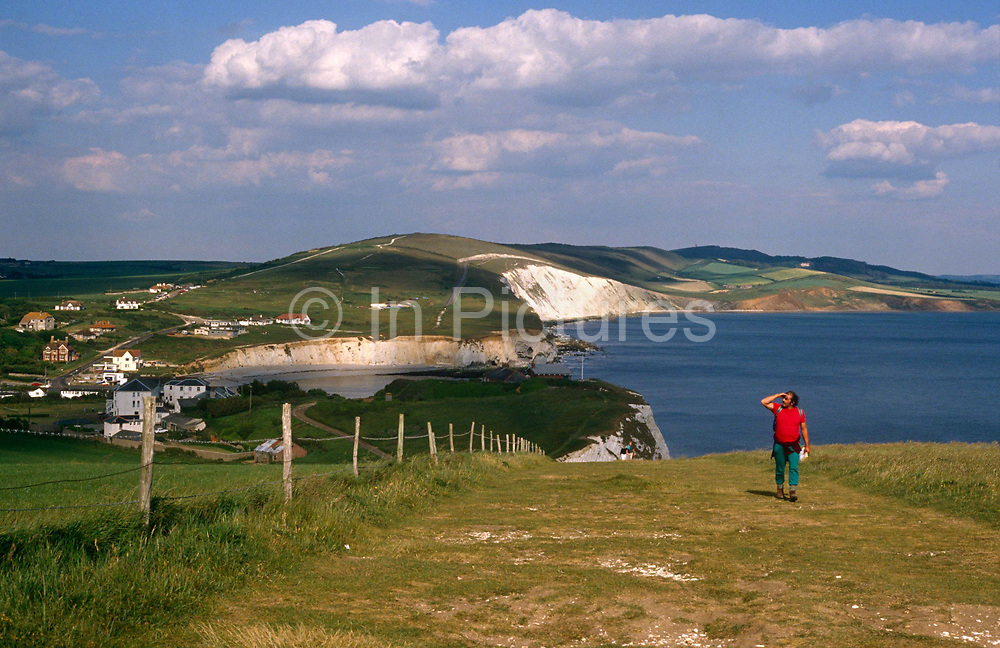