Two serving soldiers in civilian suits but wearing the insignia and badges of the Royal Military Police (RMP), talk quietly together while poignantly paying their respects to the hundreds of markers that symbolise war dead. Crosses and poppies mark anonymous fallen British soldiers and other servicemen and women, all killed during recent conflicts. Dedications from loved-ones or simply well-wishers are written on the wooden crosses on the weekend that Britain commemorates those killed on active service in trouble spots and war locations around the world, the markers a laid on the grass of Westminster Abbey's lawns on Parliament Square, opposite the Houses of Parliament. Armistice weekend is largely held on the closest Sunday to the 11th hour of the 11th Day of the 11th Month, when hostilities famously ended in on 11th November 1918. 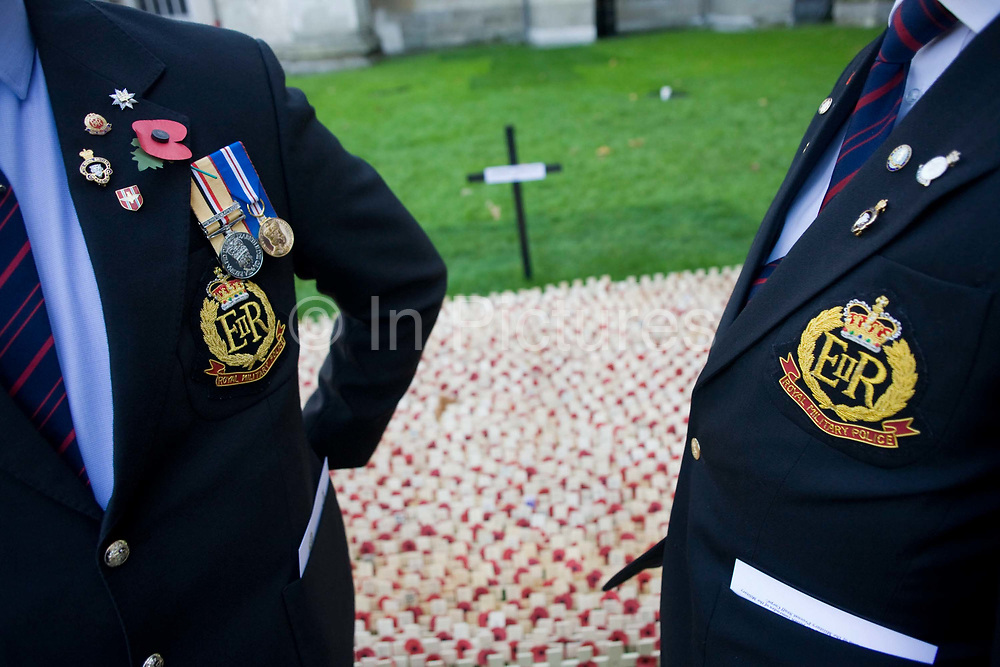