A brave taxi cab driver drives gingerly along Denmark Hill in South London, The capital's infrastructure has largely come to a halt due to the large amounts of snowfall that has hit the capital - the most for 18 years. In addition to the lack of buses, trains were severely affected and roads like this have not been gritted by the local borough council, leaving motorists struggling to control their vehicles is the slippery conditions. The taxi's orange light is still illuminated indicating he is free for hire and a foot of snow is piled on his roof as the headlights pick out the driving blizzard conditions. Footprints are already in the drift near the pavement that is now hidden from the road. 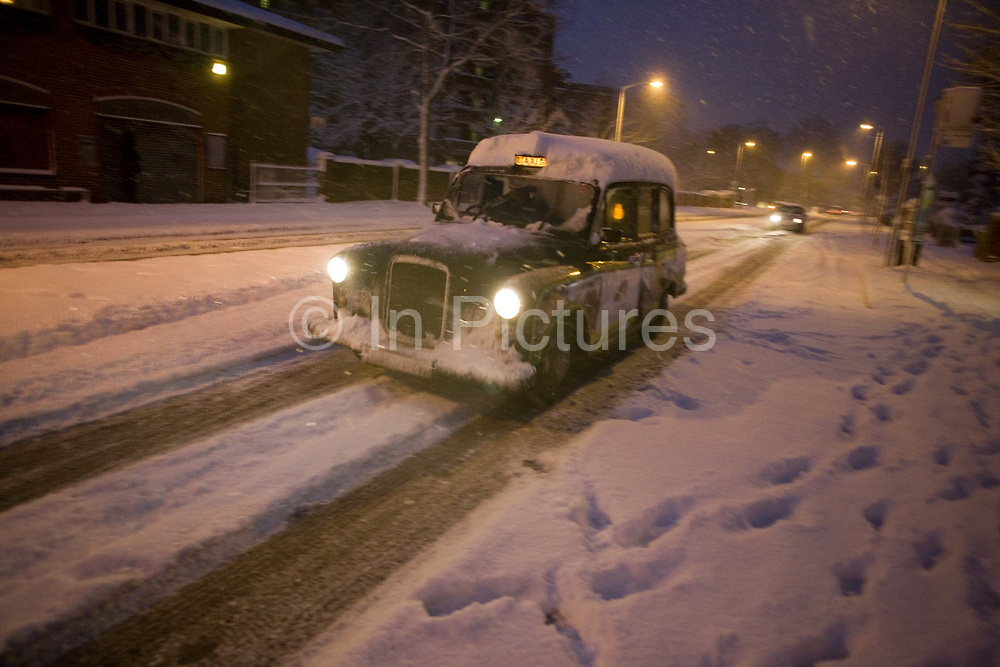