A 1992 portrait of a British Rail employee stands at the gate of a platform at Victoria station. Wearing the old uniform of that rail company. British Railways (BR), which from 1965 traded as British Rail, was the operator of most of the rail transport in Great Britain between 1948 and 1997. It was formed from the nationalisation of the "Big Four" British railway companies and lasted until the gradual privatisation of British Rail, in stages between 1994 and 1997. The British Rail "double arrow" logo is formed of two interlocked arrows showing the direction of travel on a double track railway and was nicknamed "the arrow of indecision". It is now employed as a generic symbol on street signs in Great Britain denoting railway stations. 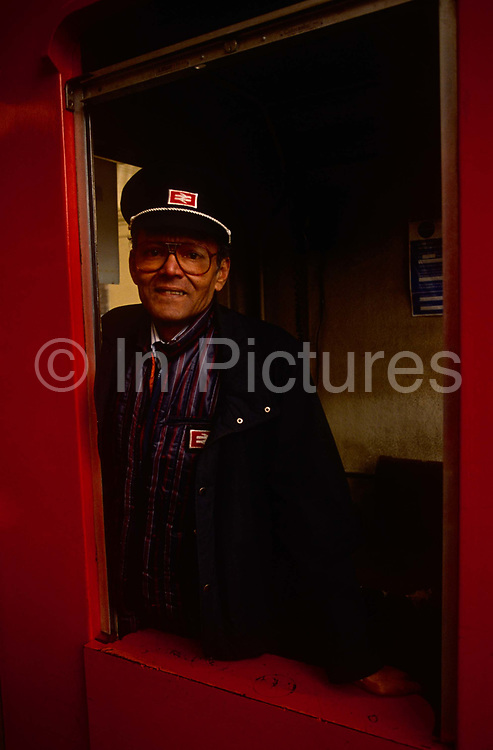