In a rear alleyway between poor terraced housing in Liverpool, England, we see many black bin-bags are left against industrial brick walls awaiting collection during the Merseyside dustmans' strike of 1991. The cobbled alley of these 'back to back' houses are in a poor area, south of the city centre and home to deprived families. The industrial action against the local authority was a health problem for Liverpool during the summer of '91 when streets filled with rubbish. Vermin like rats ran around and public city parks filled with every kind of refuse and garbage. Few of these back-to-backs now exist after being cleared to allow construction of high-rise tower-blocks and flats. 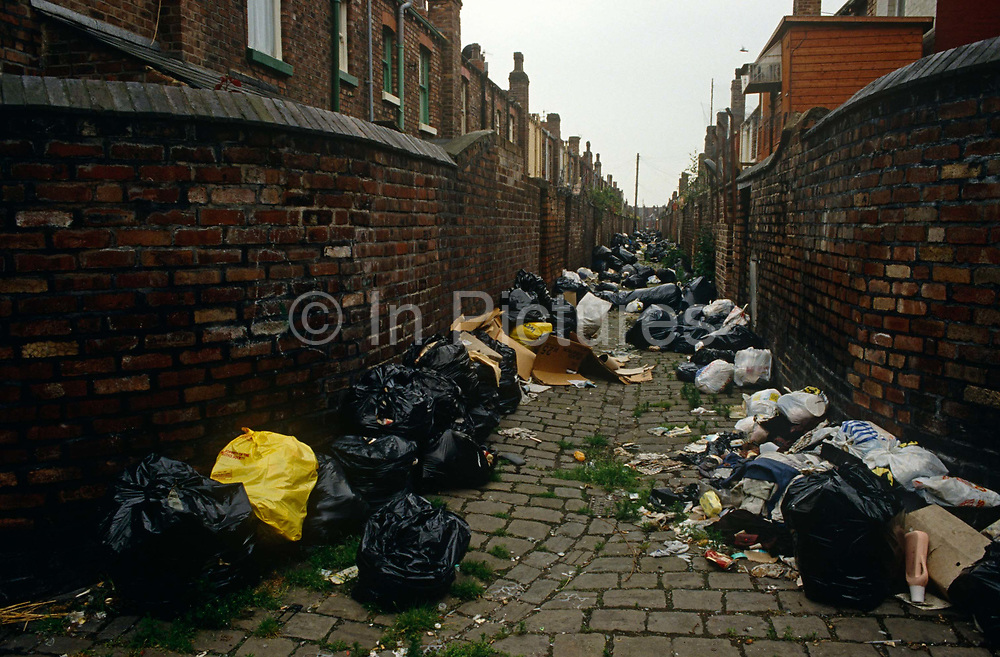