Making their way across a field, alongside a hedge, and away from a collection homes a mother and her two children walk from the direction of massive chimneys and cooling towers. The instillation in the distance is the Sellafield. Formerly known as Windscale, Sellafield (operated by Sellafield Ltd) is a nuclear processing and former electricity generating site, close to the village of Seascale on the coast of the Irish Sea in Cumbria, England. The site has been the subject of much controversy because of discharges of radioactive material into the sea, mainly accidental but some alleged to have been deliberate. 1983 was the year of the ‘Beach Discharge Incident’ in which high radioactive discharges containing ruthenium and rhodium 106, both beta-emitting isotopes, resulted in the closure of a beach. BNFL received a fine of £10,000 for this discharge. 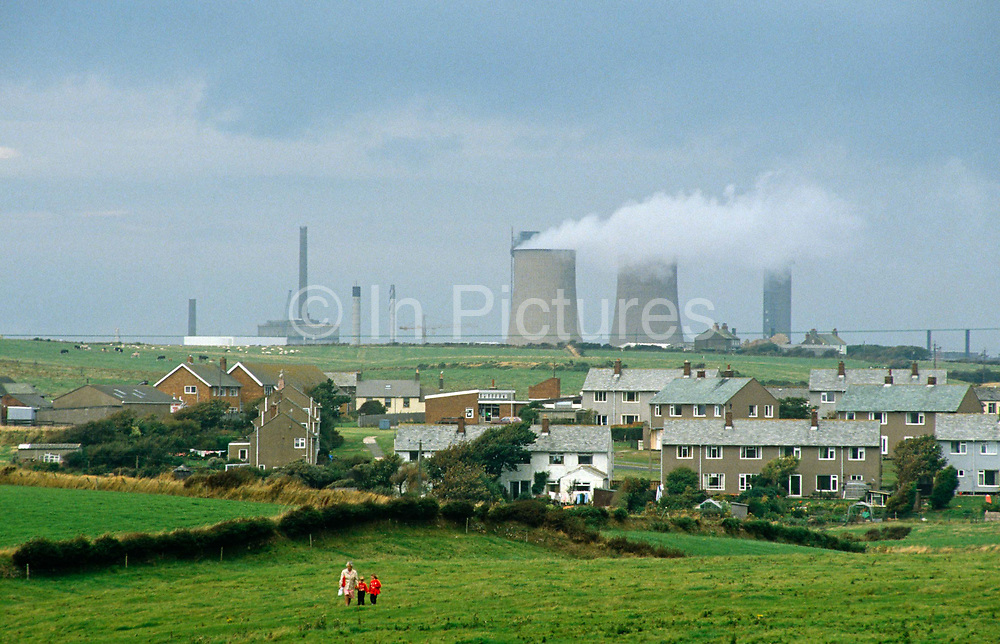