A distressed anti-HS2 activist is removed from the river Colne by security guards and a fellow activist on 8th December 2020 in Denham, United Kingdom. The activists had been supporting Dan Hooper, widely known as Swampy during the 1990s, who had occupied a bamboo tripod positioned in the river the previous day in order to delay the building of a bridge as part of works for the controversial HS2 high-speed rail link and a large security operation involving officers from at least three police forces, the National Eviction Team and HS2 security guards was put in place to facilitate his removal. 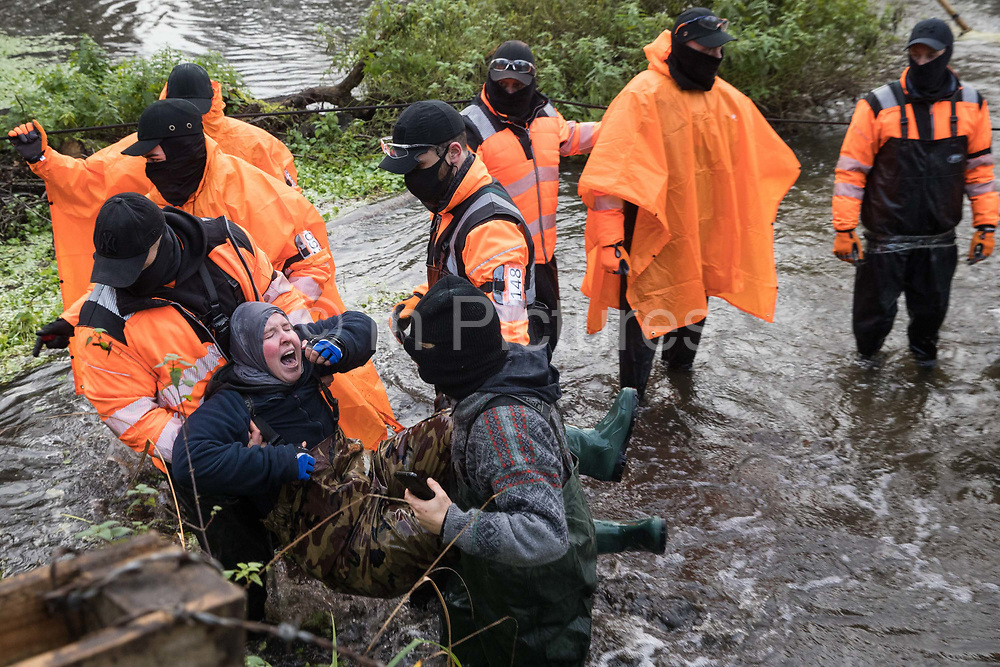