Photographed by leering men amid crowds during the Cannes Film Festival, a group of girls from the Hawaiian Tropic sun cream company pose in bikinis and reveal swimwear for a frenzy of males of various ages on La Croisette, Cannes sea front in the French Riviera resort, Cote d'Azur. They pose in the same corporate style for photographers around the world but here, young women publicising movies or just themselves, regularly strut along the beaches and pavements of this French town. The weather is typically bright for May with clear skies and high temperatures. Cannes is a major tourist centre and a leading resort on the French Riviera. Located in the Alpes-Maritimes région, Founded in 1939, the International Film Festival is one of the world's most prestigious and eccentric of celebrations of film and the cinema industry. 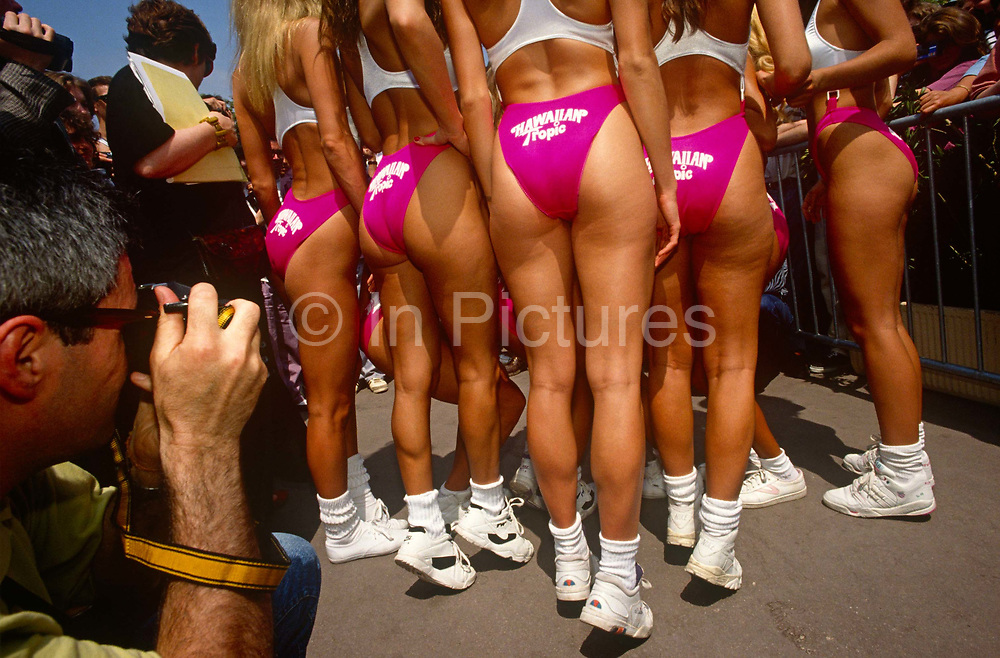