Set incongruously next to London's old Leadenhall Market we see the floodlit exterior of British architect Sir Richard Rogers' Lloyds building, home to the post-modern architecture of the insurance underwriters insurance institution Lloyd's of London which is located at number 1, Lime Street, in the heart of the City of London. Lloyd's is a British insurance market. It serves as a meeting place where multiple financial backers or "members", whether individuals (traditionally known as "Names") or corporations, come together to pool and spread risk. Unlike most of its competitors in the reinsurance market and is neither a company nor a corporation. The Lloyds market began in Edward Lloyd's coffeehouse around 1688 and is today the world's leading insurance market providing specialist insurance services to businesses in over 200 countries and territories. 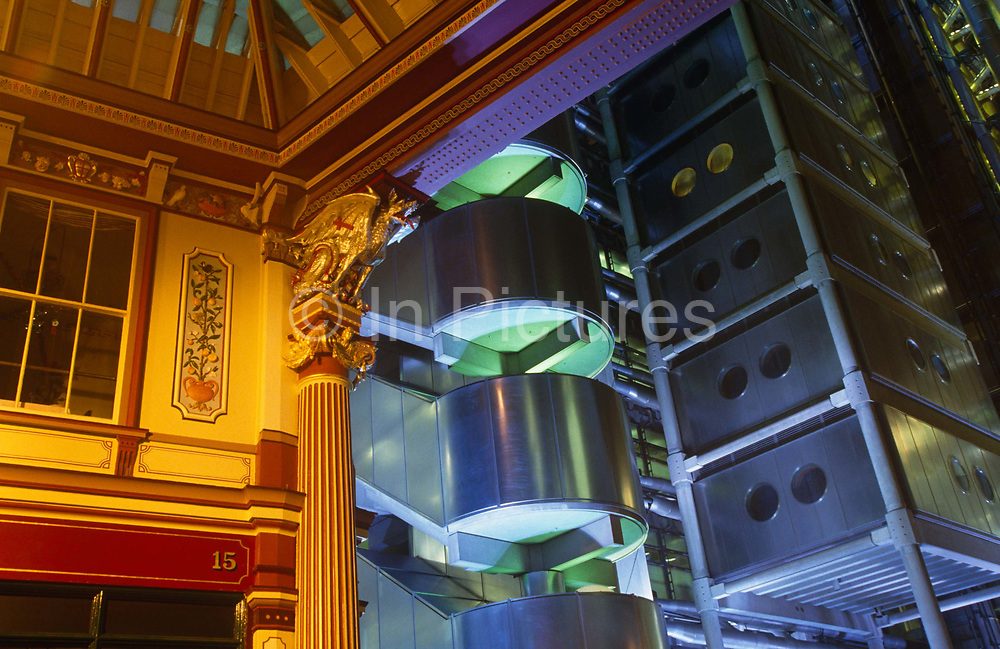