The fantasy of a model sunbathing on a beach is the opposite the experience of a local girl on a dark and rainy London on an April morning. The difference between dream and dystopia are evident in this backdrop, an ad for Salvatore Ferragamo (1898 – 1960) who was an Italian shoe designer. He worked with many Hollywood stars in the 1920s, before returning to Italy to found the eponymous company making unique hand-made footwear. Film stars and celebrities continue to patronize his company, which has evolved into a luxury goods empire spanning the world. 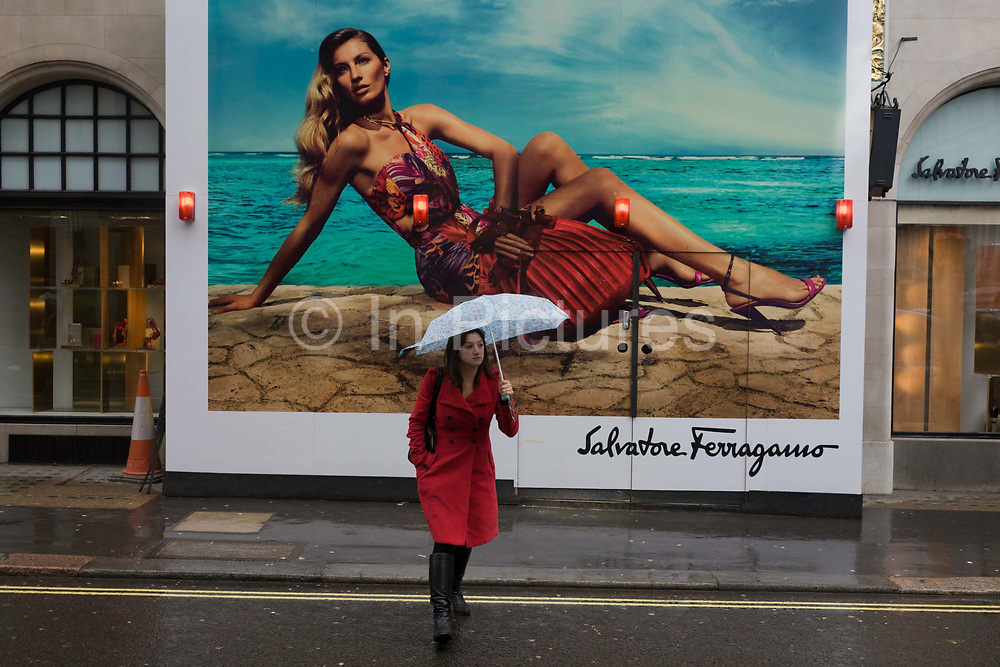