Celebrated grave for the Dublin-born playright and known homosexual, Oscar Wilde in the Pere Lachaise cemetery, Paris. 19th century Irish playwright and wit Oscar Wilde once quipped: "One can survive anything these days, except death, and live down anything except a good reputation." He died in Paris at only 46, impoverished and broken down from years of being villified by Victorian society. He was buried at Père Lachaise with a modest tomb, but a memorial was later erected. Today the monument is covered in lipstick marks left by ardent visitors. Père Lachaise Cemetery (French: Cimetière du Père-Lachaise- or officially cimetière de l'Est, "East Cemetery") is the largest cemetery in the city of Paris, France (44 hectares (110 acres) containing the remains of a million French and foreign dead. 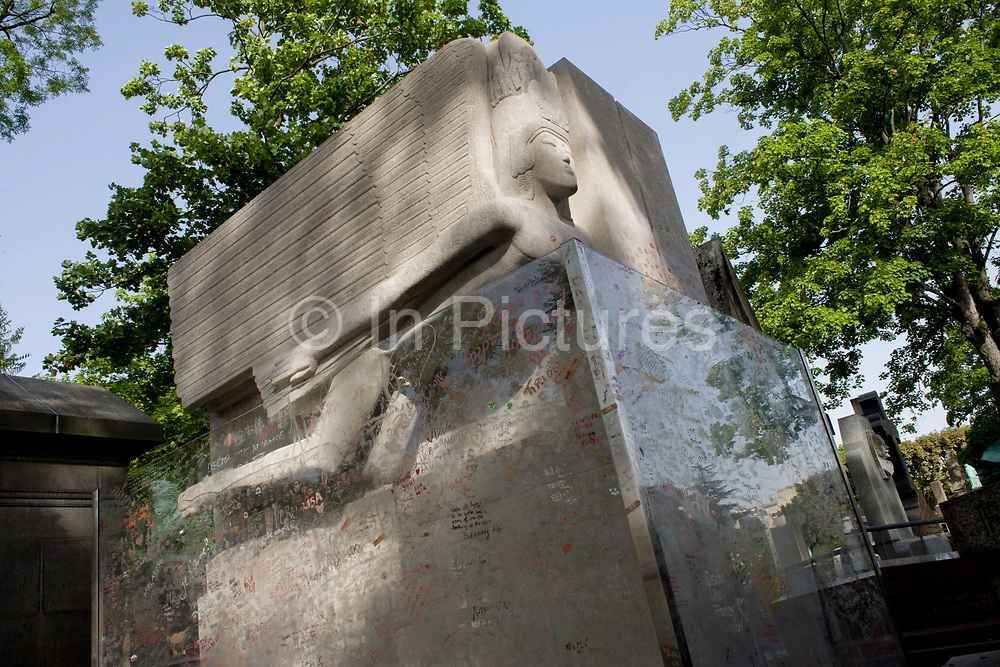